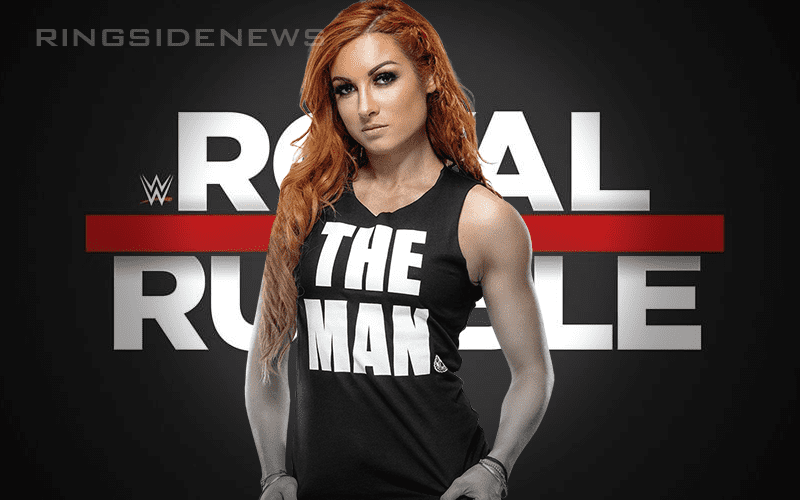 WWE’s Royal Rumble event will take place in Phoenix Arizona and there is said to still be plenty of tickets available. Fans will see a lot of action including two Royal Rumble matches. It turns out that they might also see a lot more of Becky Lynch as well.

The Wrestling Observer Newsletter confirmed that WWE is going with the plan of Ronda Rousey vs Charlotte Flair vs Becky Lynch at WrestleMania. This means that they need to book accordingly to make this match happen.

It is said that there is of Becky Lynch losing to Asuka only to have her compete in the Royal Rumble match as a surprise entrant. At that point, Lynch could win the match and claim a WrestleMania contest with Rousey. After that, Charlotte Flair could be written into the match via winning her spot at either Elimination Chamber or Fastlane.

There are a couple of ways WWE could get to their desired WrestleMania match, but they are kicking around the idea that it could include a Royal Rumble match win for The Man.

It is also noted that Charlotte could also win the Royal Rumble match herself and then a match at Elimination Chamber could set up the encounter at WrestleMania that WWE is looking for.

Another option WWE has is booking Becky Lynch to defeat Asuka at the Royal Rumble for the SmackDown Women’s Title and then go on to WrestleMania to face both Rousey and Flair. However, this booking decision could mean that only one women’s title will be defended at MetLife Stadium.