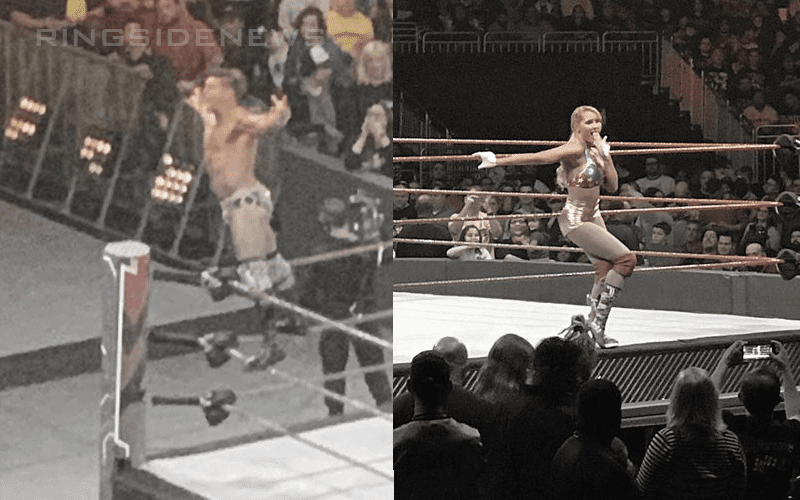 NXT Superstars Lacey Evans and EC3 are two of the names confirmed to be getting the call-up to RAW or SmackDown Live. Before RAW kicked off last night, both Superstars had matches in front of the live audience.

The initial expectation is both matches were taped for this week’s episode of Main Event, though this may actually not be the case. F4Wonline is reporting that these were simply dark matches, and nothing more.

This likely means that both Evans and EC3 were sent out to gauge fan reaction and interest, while allowing those with power backstage to see what both Superstars can do. We also previously reported that Heavy Machinery and Lars Sullivan were backstage, though all three men did not appear.

One other point of interest to take away from the debuts is that it likely confirms EC3 and Evans will be heading to RAW. This is still debatable and WWE could change their minds before either of them make their television debuts, but it is worth considering that this was confirmation of their brand selection.

Which NXT debut are you most looking forward to? Who would you like to see Evans and EC3 take on? Let us know your thoughts, opinions, and reactions in those comments below.