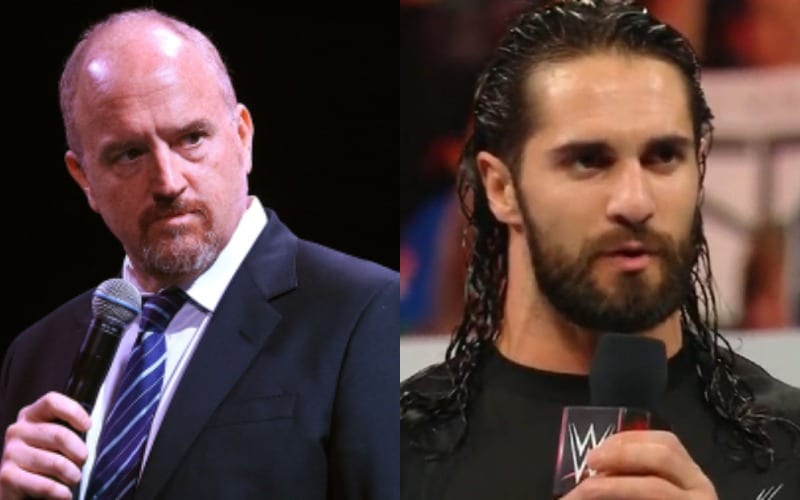 Louis CK is a name wrapped in controversy. The allegations of sexual misconduct surrounding CK caused him to go into hiding. Now he is back and having another go at stand up comedy.

The comedian has always been one to push the limits, but audio from a new bit he’s working out which pokes fun at the Parkland shooting survivors has blown Twitter up.

Seth Rollins commented this morning to defend Louis CK in a serious of tweets.

“The new leaked bit is funny. Just like all his other stand up in the past”

“Out of curiosity what’s different this time around for you? He’s always made highly ‘offensive’ jokes, even going as far as to use slurs in some bits.”

We’re including the audio from the leaked performance below so you can make your own judgement.

Obviously, Rollins has been a fan of Louis CK for years so he knew what to expect. Others might not be ready for Louis CK or are more prone to jump on him for doing his typical stand-up comedy style and speak out against him.

Others who lived through the tragedy at Parkland have another issue entirely.