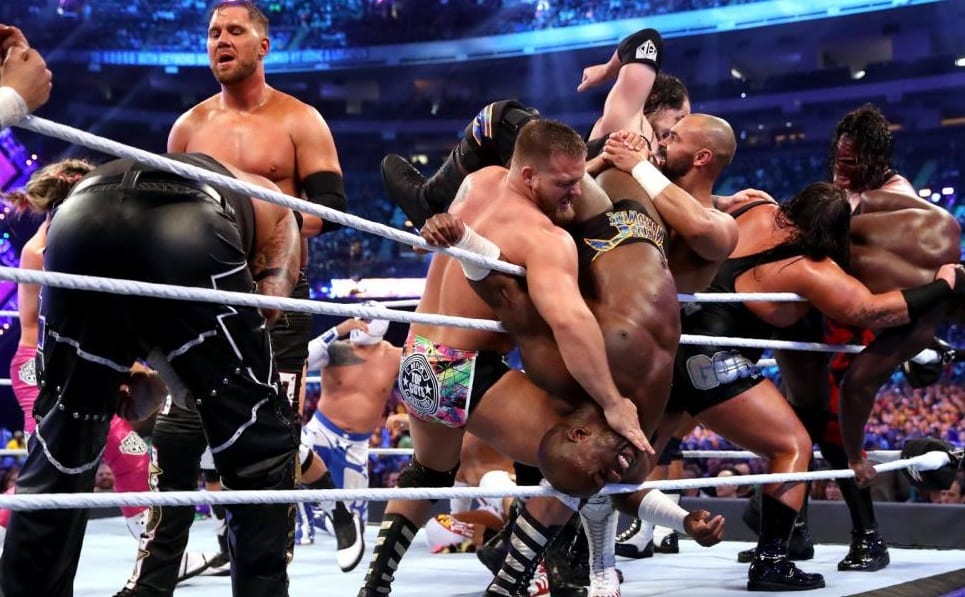 WWE has been around for a long time and they’ve been on top for quite a while too. They have their own set way to do things, but you never know what could be coming in the New Era.

Madison Square Garden saw a WWE live event last night and Apollo Crews won a battle royal to earn a future IC Title shot. This battle royal was interesting because eliminations could also happen on a pinfall along with someone being thrown over the top rope.

“What was notable is that this was a pinfall and over-the-top rope elimination Battle Royal like the original California and Hawaii Battle Royals of the 60s and 70s.”

You never know if WWE could try out this new match stipulation on television soon enough. It could provide for an interesting finish as a battle royal could become a fatal four-way and then a triple threat followed by a singles match where a winner could be determined any number of ways.