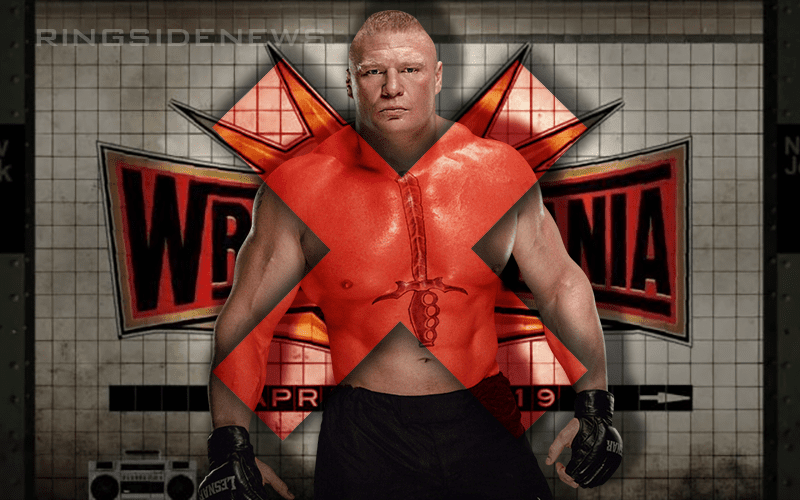 Brock Lesnar has a pretty sweet contract where ever he goes as long as he’s not trying out for the Minnesota Vikings. He is the current WWE Universal Champion, but he will have to defend that title against Braun Strowman at the Royal Rumble on January 27th.

Mike Johnson said on PW Inside Elite audio that he wonders what Lesnar’s intentions could be with WWE and vice versa. After all, Lesnar hasn’t been used to promote the big show at MetLife Stadium.

“I wonder if Brock’s gonna be with them past the Rumble because you know everyone figured Brock was out the door. Is he even factored into their WrestleMania plans? We haven’t seen him advertised or even footage of him being used to promote WrestleMania 35. So I wonder if he’s out the door at the Rumble, but I guess that’s the allure of Brock is ‘Is this the end of Brock’s run?’ and it turns out not to be.”

It will be very interesting to see what Brock Lesnar does next He has a lot of options at this point. The UFC and WWE could both provide him with very fine deals. Let’s just see what happens next.