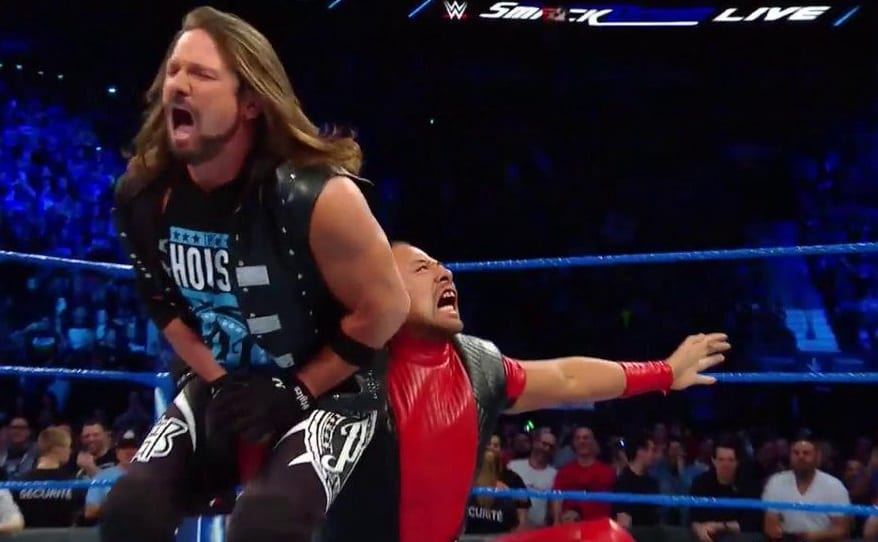 AJ Styles lost the WWE Championship after getting kicked below the belt by Daniel Bryan and then he ate a running knee. In his feud with Shinsuke Nakamura before that, low blows were a constant worry as well. A lot of people have wondered why AJ doesn’t just wear a cup during his matches to protect himself from any of that danger.

While speaking to WrestleZone, Styles revealed the reason for not wearing a cup in the ring. Apparently, it’s a decision he made a long time ago that he’s stuck with.

“Well you know, even when I played baseball when I was younger I didn’t like wearing a cup because it got in the way of getting up and you know, it was just in the way. If I wore it now and I did a splash and missed, how would that feel? It would hurt. You know there are things that can happen in a match where this whole cup thing can actually hurt me. Just saying and I know I don’t need to be having any more kids anyway.”

Hopefully, AJ will be able to protect himself from now on. Either way, it doesn’t seem like he’s wearing a cup and he has a couple good reasons for it. So if things go wrong for him in the ring in that regard, at least he’s okay with the fact that he already has enough children.