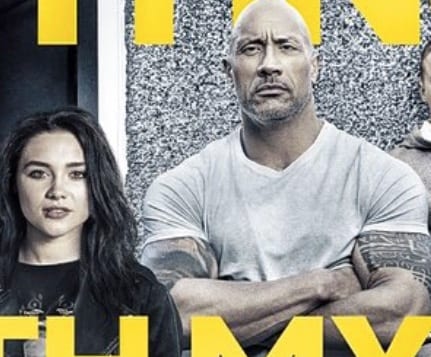 The Rock has revealed the official poster for the upcoming Fighting With My Family movie, which is based on the life of WWE superstar Paige.

The Great One has been developing this project for well over a year now, with the trailer also being released recently. It features some big names when it comes to the British film industry, but beyond that, many fans are just interested to see what parts of Paige’s story they end up telling.

Of course Paige has been involved in her fair share of controversies over the course of the last few years, but it seems like the main focus is going to be on her initial journey to WWE.

As we all know her professional wrestling journey, at least from an in ring perspective, ended in a sad manner as she was forced to retire from in ring competition earlier this year. Thankfully, though, she seems to have landed on her feet on SmackDown Live, with many fans praising her work as the general manager.

One of the other big questions right now is whether or not The Rock himself will actually return to the ring, with some believing that he’ll compete at WrestleMania 35 – or maybe even at the Royal Rumble. If he does, that’d likely tie in well with the marketing for FWMF.

The movie is set to be released in February, and given just how close that is, it’ll be interesting to see how much promotion it gets from now until the time of release.