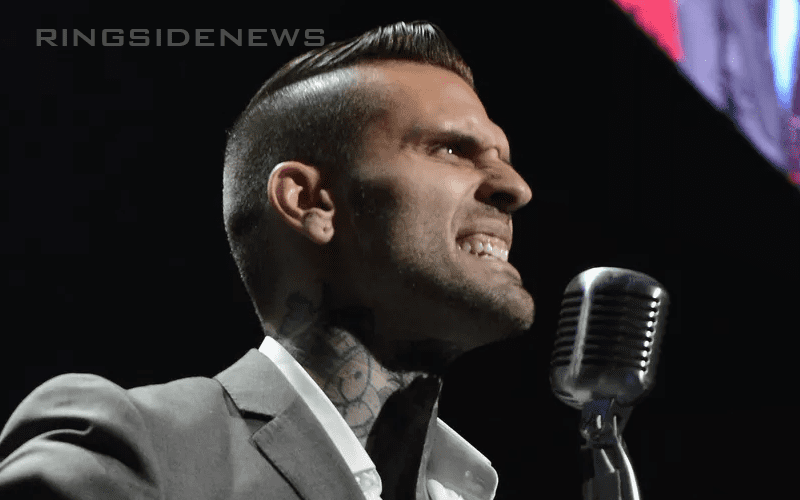 WWE commentator Corey Graves is known for being outspoken both on WWE television and on social media, and he took it upon himself to continue that trend earlier today.

The following message is open for interpretation in the eyes of many, but to us, it seems to be a clear message to any critics that Corey has. While many consider him to be one of the best commentators in all of professional wrestling right now, that isn’t a universal feeling.

The tweet in question seems to imply that he isn’t responsible for how the fans read into his work, whether that be online or live in living colour.

Graves has been able to climb up through the ranks of WWE much quicker than anyone could’ve imagined, with it being four years since he began his journey in his new role down in NXT. To say it’s been a rollercoaster ride for him since then would be something of an understatement, and it’ll be interesting to see how much more responsibility he’s given on WWE programming.

He seems to work well on both Raw and SmackDown Live as well as at major events, and he’s often quick to jump to the defense of the company. At the age of 34, it’s reasonable to believe that he could spend the next two decades plus in his current position.

His next major event to cover will be the Royal Rumble, which is sure to throw up some enjoyable and charismatic reactions from the former NXT Tag Team Champion.