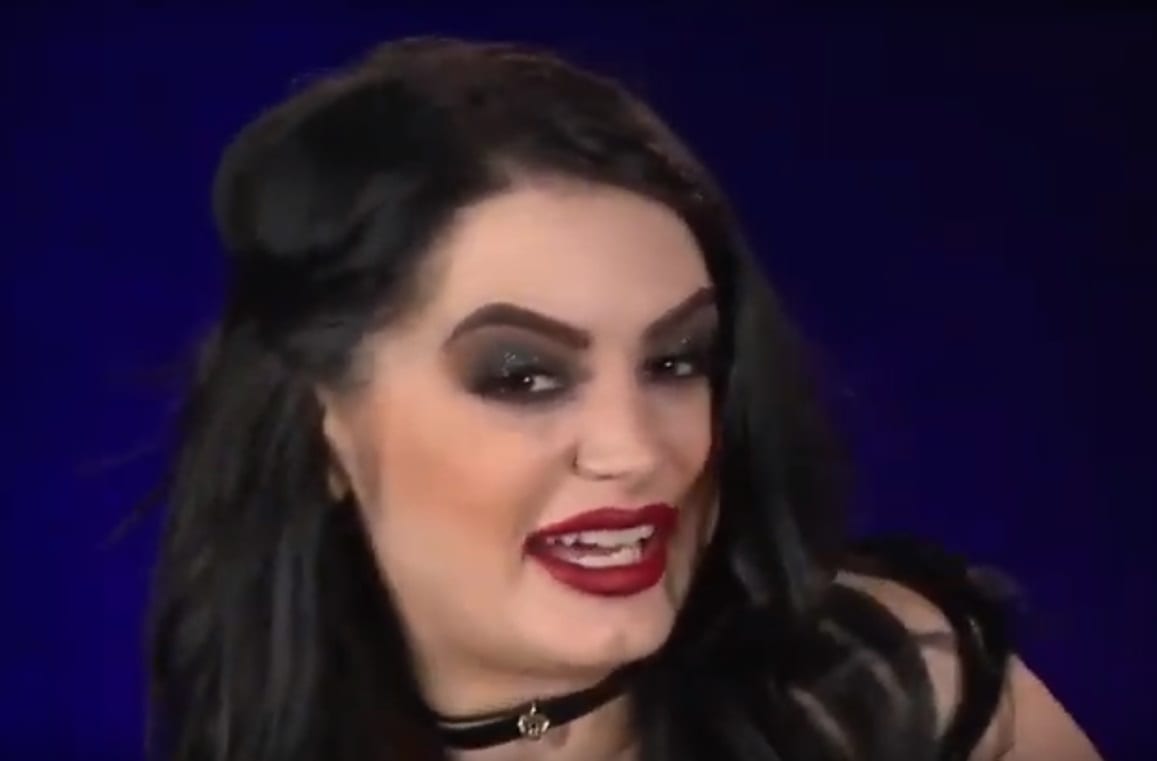 Paige has a lot of fans, but some of them like to give her a hard time because that’s what you do when you love someone. Fighting With My Family, the movie about Paige’s life is coming out next year, but when we saw our first sneak peek of the film, Paige introduced the clip in a way nobody will forget.

While tilting her head in the perfect way, she said: “Paige here.” Since then, plenty of fans have freezeframed that moment and used it for many reasons and memes.

It turns out one fan put Paige’s face on a coffee mug. When the SmackDown GM saw this she commented saying: “Hahahahaha omg. That face will always haunt me.”

Paige was getting over a pretty rough time in her life when that clip was filmed. So it’s a good thing she has a sense of humor about things. Because the “Paige here” meme doesn’t look like it will be going away anytime soon.

Hahahahaha omg. That face will always haunt me https://t.co/27thirqNfd