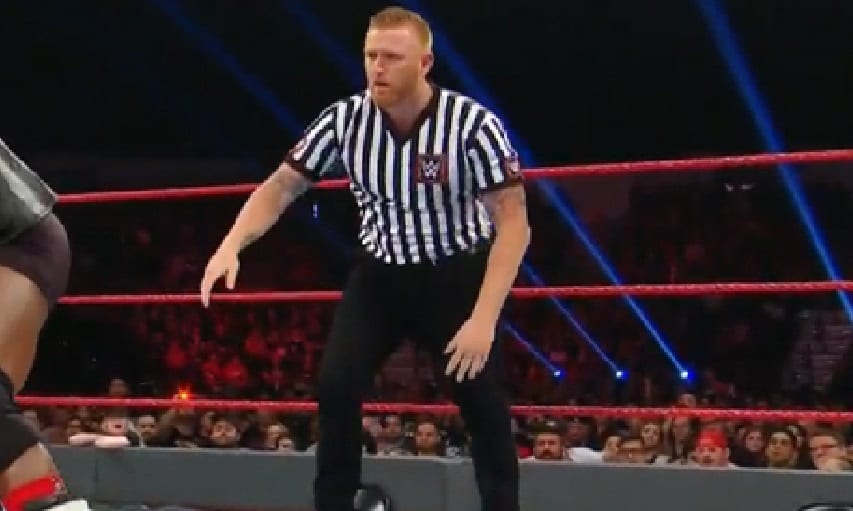 Last week wasn’t a good time for Heath Slater. He was forced to wrestle his long-time tag team partner Rhyno where the loser would also be fired from WWE RAW. Slater won the match, but that meant Rhyno was fired.

When Slater got backstage, Baron Corbin had even worse news for Heath. Baron handed Slater a referee’s shirt telling him that he is now a WWE official instead.

Slater refereed his first match this week on RAW and it wasn’t a very pretty display either. Lio Rush faced Elias, and The Drifter was the sympathetic babyface the entire time. To make matters worse, Heath Slater was in a tough situation as a referee.

Bobby Lashley soon jumped in the ring and started beating Elias down. Michael Cole got over the storyline idea that Heath Slater was conflicted because Lashley is Baron Corbin’s friend so he can’t DQ Lio Rush because Heath needs that job. He’s got kids so he let the underhanded heel tactics stay.

Then Lashley laid on Elias with his own guitar right in front of Heath Slater. He got down reluctantly and counted to three giving Lio Rush the win over Elias.

This wasn’t the best start at all for Heath Slater’s career as a referee.