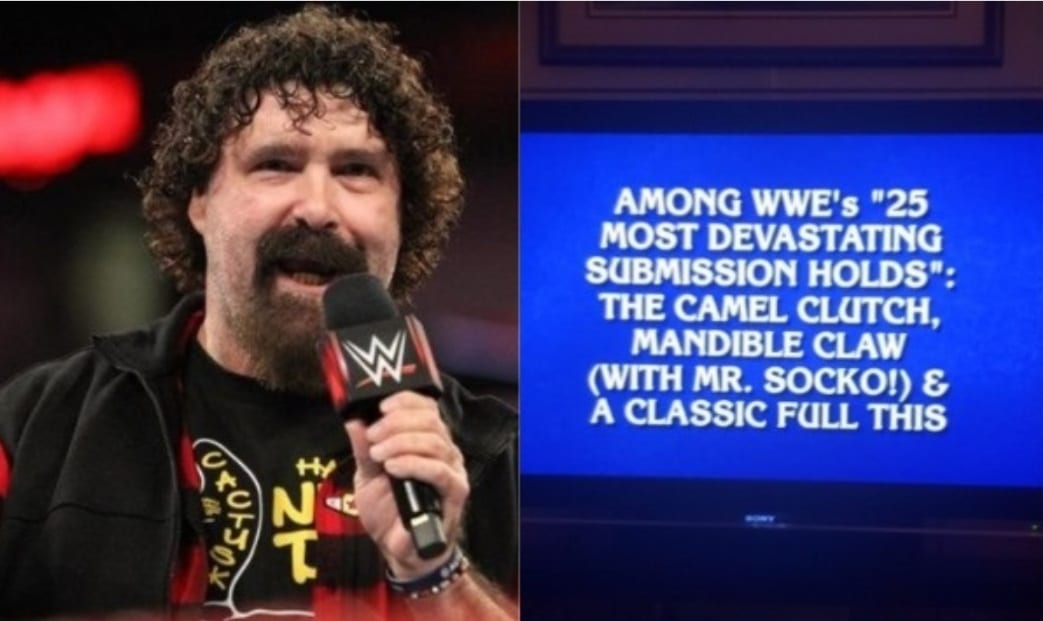 Mick Foley has experienced a lot of amazing moments in his career. He is a WWE Hall Of Famer and a three-time WWE World Heavyweight Champion, but this newest honor is pretty cool as well.

Foley was recently featured as the answer to a question on Jeopardy, or maybe the correct way to put it is that he was the question to an answer considering the game show’s rules. Either way, Mrs. Foley’s Baby Boy was still pretty happy to see this.

“Among WWE’s ’25 Most Devastating Submission Holds’: The Camel Clutch, Mandible Claw (With Mr. Socko!) & A Classic Full This,” was the answer provided by Alex Trebek.

“FOLEY IS JEOPARDY! Who saw this landmark moment?” Mick Foley tweeted out when he saw this huge moment in his career. It might not have been a Daily Double question, but this one was a big winner for pro wrestling fans.

FOLEY IS JEOPARDY! Who saw this landmark moment? pic.twitter.com/nL0hq2pumg