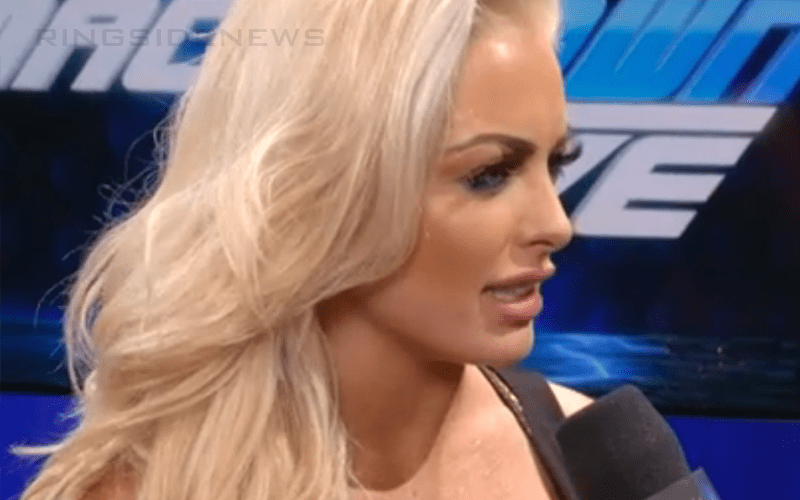 Mandy Rose is a heel on television and it seems like she’s just the same on social media. It’s a pretty entertaining place where she can be herself and recently she thought about throwing some shade so she did.

Rose commented about Naomi getting dumped by Asuka as her tag team partner which didn’t go over well with one fan. Apparently, this person wanted to defend The Glow, but they were still a fan of Tough Enough winner Sara Lee.

“Bitch you’re the weak link in everything you’re apart of. That’s why Sara Lee was tough enough, ho!” the fan tweeted out. It didn’t take Mandy long to calculate a response and it was a good one.

Sara Lee was released from her WWE contract on September 30, 2016, while she was still in NXT. Later on, she had a baby in May 2017 with Wesley Blake. So yeah, if you really break it down Mandy Rose’s burn was pretty brutal.