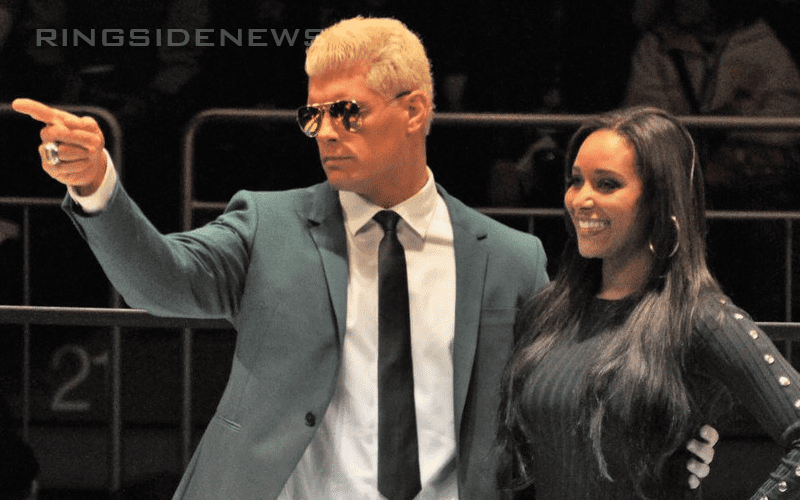 WWE is signing up even more indie talent all over the UK and they have reportedly placed a number of restrictions on those individuals. The narrative being thrown around is that WWE is targeting the UK indie scene with some intention meaning to hurt them, but Cody Rhodes disagrees in a big way.

While speaking to The Mirror, The American Nightmare discussed the fact that WWE isn’t out to get anyone with their expansion into the UK. All in all, this Wild West situation will only mean more opportunities for talent to thrive.

“Well, I think it just means more opportunity. There is obviously a deep roster of talent and maybe some talent we’re not seeing because we’re seeing so many NXT UK guys, that we all know are wonderful.”

“I saw a tweet that Pete Dunne put out that I really liked too though. There is such a tendency to jump on WWE and talk bad about them in terms of these contracts and what they are doing. But with the people they have in place, Johnny Saint, William Regal and Triple H, and how he is, there is no secret plan to destroy the indy scene in the UK. They just see a wonderful product and they want to protect their guys.”

“It was a bit of a Wild West situation, where somebody like me from Ring of Honor and New Japan could go over to the UK and mix it up with somebody who was one of the NXT UK talents. It was a little Wild West for a bit and it was really cool to see that. But I think also you’ve got so many heads involved and so many egos, this might be good.”

Hopefully, the UK indie scene will explode and become even stronger after WWE sends a focus to their territory. Fans might seek out other companies where these talents came from. At least it will open up more slots on the card for younger talents hungry to make a name for themselves.