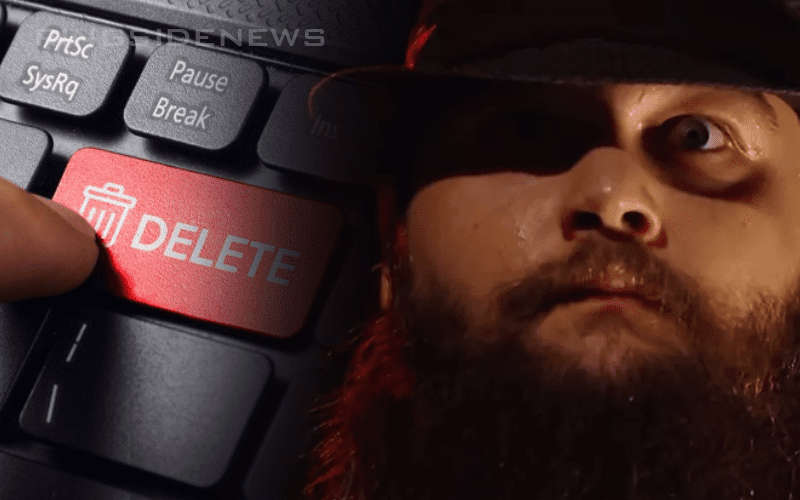 Bray Wyatt is the kind of WWE Superstar who you never know what to expect from next. He has taken on many different roles in WWE so far, but this new experience for Wyatt could be a very different one.

The Eater Of Worlds has deleted all of his previous tweets, essentially washing away years of his social media account’s existence. He then tweeted something out and pinned it to the top of his profile that has made us all wonder what is going on with Bray Wyatt.

“Today I am someone different. Today I have finally become who I really am,” Wyatt said in his only existing Twitter post.

This is a very interesting turn of events, especially considering the possibility that he could be showing up at WWE TLC. Bray Wyatt worked the WWE Starrcade event and it was a big surprise when he showed up, but his appearance never made it to the WWE Network’s airing of the special.

If I were a betting man WWE has something in store for Bray Wyatt, or at least that’s how it appears. 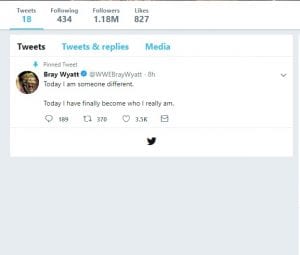