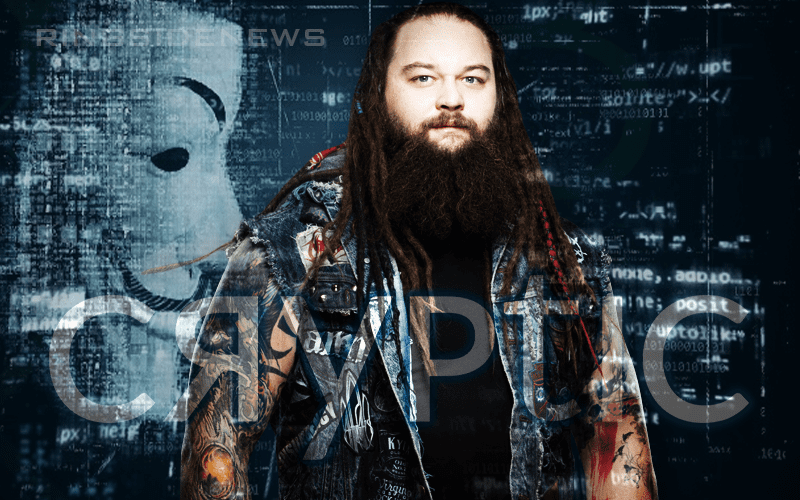 Bray Wyatt is the kind of guy where you never know what he’s thinking. But he seems to always be up to something. He hasn’t tweeted anything since November 12th and today he launched a real puzzler on his followers.

Wyatt recently made his in-ring return at WWE Starrcade and while it didn’t make the WWE Network special, it was still an interesting place to see him appear. He worked as a babyface as well which could be something RAW sorely needs. In fact, they need anyone they can get at this point.

The Eater Of Worlds posted a picture of Houdini in a classic locked-up pose. This same image has been made into a million posters for college dorm room walls, but it is a very interesting thing to post with no explanation from Wyatt.

Some fans have speculated it means he feels locked up or chained while others are just hoping he answers Seth Rollins’ IC Open Challenge tonight on RAW. Either way, it’s still getting to us because we can’t quite figure this one out.