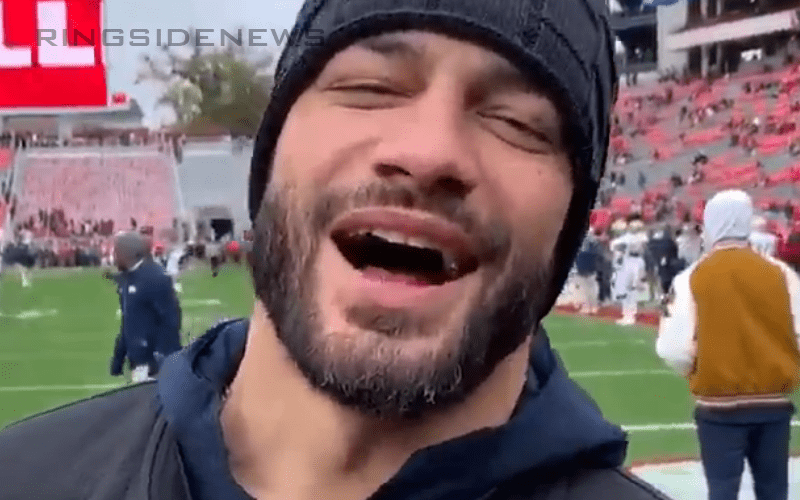 Roman Reigns was forced to relinquish his WWE Universal Title on October 22nd while revealing that he had leukemia and he was taking time off to go focus on his health. Since then, WWE has used his sickness as a ploy to draw heat and it doesn’t seem like that is going to slow down at all.

We previously reported that Roman Reigns has started treatment for his illness, but only time will tell how long it will take to beat it this time so he can get back to the ring.

Although Reigns is going through a terrible circumstance, he appeared confident as he stood in the end zone of his alma mater on Saturday as Georgia Tech faced their bitter rivals The Georgia Bulldogs. It is around 44 degrees in Atlanta today, so Reigns was bundled up in a jacket and toboggan, but he appeared more than happy to be there to support his team.

“I’m the real Big Dog here, to hell with Georgia, baby.” Roman Reigns said into the camera. The video was promptly posted on Georgia Tech’s social media to show off their famous alumni’s presence at the big game

Let’s just hope AJ Styles doesn’t see this video though because he’s a huge Georgia Bulldogs fan which makes us wonder even more why Vince McMahon didn’t want to see Reigns vs Styles at Survivor Series. We can’t wait for Roman Reigns to make his WWE return, but until then it’s great to see that he seems to be looking good and enjoying his time away from WWE.