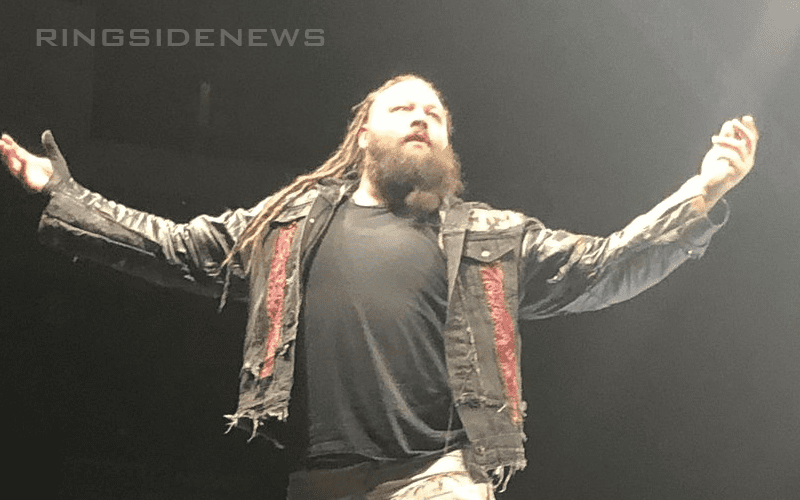 Bray Wyatt has been off of WWE television since his tag team partner Matt Hardy stepped away from the ring and he disappeared off of the road shortly thereafter. It’s been speculated that he’s resting up and WWE just hasn’t been able to figure something out for him, but they came to some kind of decision at Starrcade.

Baron Corbin came out and issued an open challenge in front of the Starrcade crowd. Little did the packed Cincinnati crowd expect to hear Bray Wyatt’s music hit, but that’s exactly what happened.

The crowd popped huge and the fireflies came out as Wyatt made his way to the ring looking like he never left the ring. Needless to say, Corbin was shaken up to see The Eater Of Worlds.

When all was said and done, Wyatt won the big match which marked his return to the ring. Maybe Baron Corbin will think twice before issuing another open challenge.

— Argue Amongst Yourselves (@HarryFromCBus) November 25, 2018