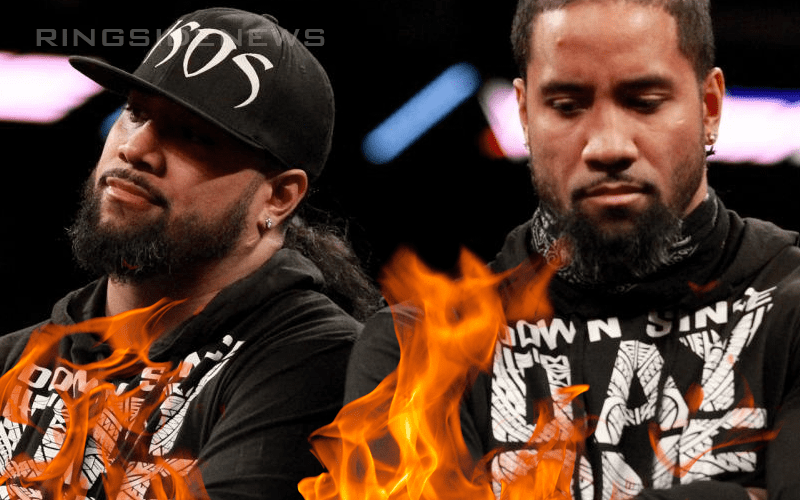 The Usos are going on ten years in WWE at this stage in their careers. They have been babyface, heels, jobbers, and champions. But for some reason, they still manage to find themselves on the kickoff show even if they’re in a title match.

Brad Shepard commented on Oh, You Didn’t Know that he was conversing with a source in WWE who also wondered as he did who Jimmy and Jey might have upset backstage.

“I had an interesting conversation with a source in WWE about the Usos. As you know I’ve mentioned a few times that I believe that I believe they’re the greatest tag team of this generation and so the source has agreed with me when I questioned, ‘Who the hell have the Usos pissed off?’ Because they still manage to be on the kickoff show so much yet they’re having legitimate exceptional matches by today’s standards. They do well, yet they always end up it seems like in every case they end up on the kickoff show and I don’t understand that one at all.”

Shepard also said that his source didn’t know why they might have backstage heat, but this idea wasn’t rejected so that is very interesting.

There could be fire to this smoke. They’re still around but they’re not featured like they once were at all when they were delivering cutting promos and welcoming everyone into the Uso Penitentiary. If anything, it seems like we’re lucky to see them on SmackDown much at all anymore since their last title run.