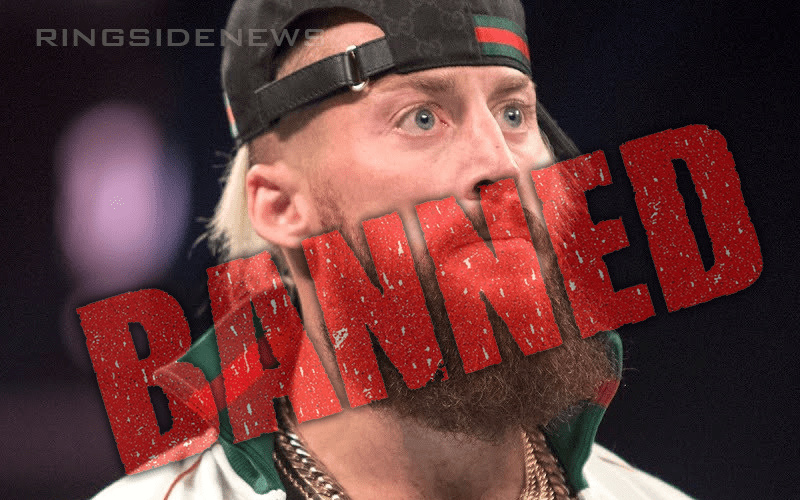 Enzo Amore caused quite a stir at Survivor Series when he snuck in wearing a disguise and now it looks like WWE is trying to make sure it doesn’t happen again. The Certified G had a lot of fun getting a good view of the first bit of Survivor Series, but it seems that will be the last WWE event he attends because Amore isn’t allowed in the building.

Whether this is a full-on ban is unclear, but at the Staples Center tonight, there was a picture of Amore at the checkpoints so security could check to make sure Real1 wasn’t trying to sneak in.

Some people have asked us if this is a work because everyone is so cynical in this day and age. Yes, this was real and Amore likely bought his ticket on the secondary market, so he really is owed an event chair. WWE didn’t approve it nor did they use it for any kind of storyline.

This was just Enzo Amore trying to promote his performance at the Whiskey A Go Go tonight and his new album. He also loves the publicity. But still, he’s obviously not welcome around WWE events after pulling that stunt at Survivor Series.