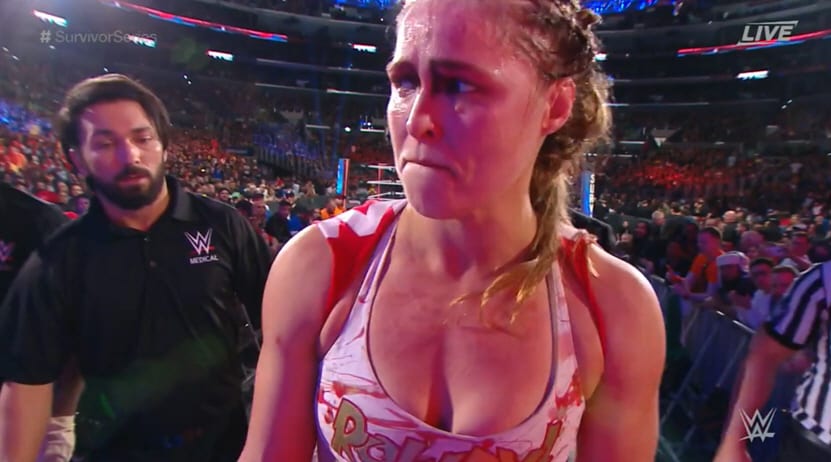 Ronda Rousey and Charlotte Flair had a battle at WWE Survivor Series which ended in a DQ after Flair grabbed a kendo stick and started assaulting the former UFC fighter. During the assault, the crowd turned to Flair’s side and cheered everything she did while chanting “you deserve it” to Ronda Rousey.

Shayna Baszler sent out a message to Rousey about how MMA fans are way more fickle than pro wrestling fans to help her old friend out. But as Dave Meltzer discussed on  Wrestling Observer Radio, Rousey might have been legit upset at the LA crowd for turning on her when they weren’t supposed to.

“Ronda looked furious leaving as far as with the crowd. She took a horrible beating and then they just turned on her something fierce which is the opposite of what everything was done for and she didn’t look happy about that at all. She’s had a love affair with pro wrestling and the pro wrestling fans because she perceives that the pro wrestling fans have stuck by her where you know even though in MMA in most cases she was cheered and the only time I can remember her being booed in MMA is when she wouldn’t shake Miesha Tate’s hand.”

So it looks like Ronda Rousey got her first taste of what it’s like when fans flip the script on WWE and go their own direction with who they cheer and boo. Only time will tell if Rousey will address this in a scathing promo during Raw, but it is certainly an interesting turn of events.

However, with Nia Jax as Ronda’s next likely opponent for the Raw Women’s Title and considering the fact that Jax still has nuclear heat from fans for injuring Becky Lynch — Rousey will likely be cheered against Jax in her upcoming program but you never know what can happen when you’re talking about a WWE crowd.