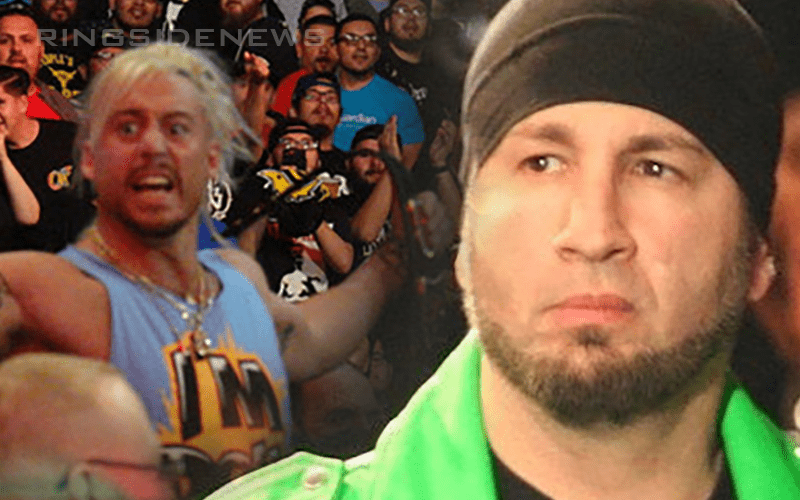 Enzo Amore showed up at WWE Survivor Series last night but nobody from WWE gave him a call to be on the show. But he did make it on camera under a disguise that was pretty clever. It was also a spot-on impression of ET to which Hurricane Helms probably found delightful.

Amore was thrown out of the show after standing up and leading the crowd in one of his signature taunts from his heyday with WWE. But it turns out that WWE didn’t appreciate the throw-back so he was tackled by WWE security and thrown out of the building.

Along with a split-screen of ET from the famous movie, Shane Helms compared Enzo’s Survivor Series disguise to that of the Spielberg alien. He does have quite a striking resemblance.

“One wanted to go home, one got thrown out and sent dafuq home,” Helms wrote as a caption to the photo. It was a pretty clever dig and observation at that.

Maybe Enzo Amore’s will keep up the trend of looking like famous Stephen Spielberg characters during his publicity stunt. It would really give Helms plenty of material for his Twitter game.

One wanted to go home, one got thrown out and sent dafuq home. 😁🤷🏻‍♂️ pic.twitter.com/SLhzeCDyr1