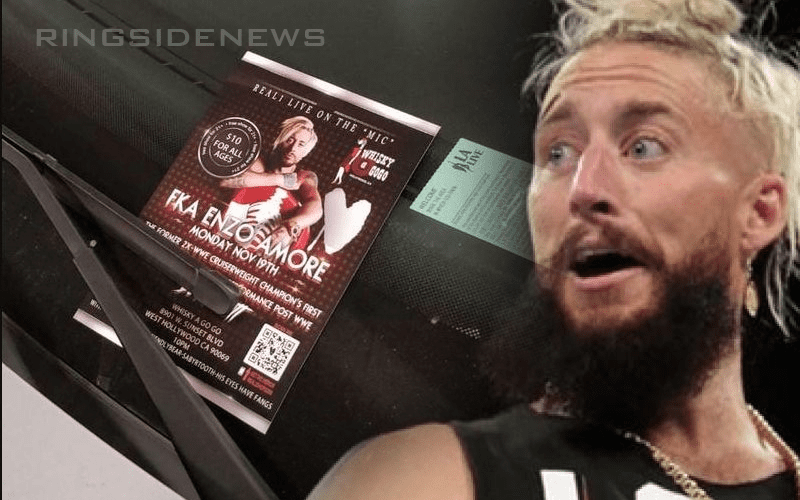 Enzo Amore was kicked out of Survivor Series and he didn’t make it a secret that he was in the building. After standing up in the second row where he bought a ticket for the event, he started pumping out his classic promos until he was ejected from the event.

But on his way out, he made sure the fans knew why he was in town. Real1 has a show at the Whiskey A Go Go on the 19th, which is today. So he decided to blanket the parking lot with flyers.

Fans went out to their cars following the big show and Amore’s impromptu performance and they found that they were invited to another show from Real1. It will be interesting to see how many people actually attend the event because of his promotional campaign, but you have to give Zo credit for trying.

If anything, he has drummed up the fact that people haven’t forgotten about him in the WWE Universe. But due to the fact that he upset so many people backstage with his antics if I were a betting man a WWE return doesn’t seem likely at all. 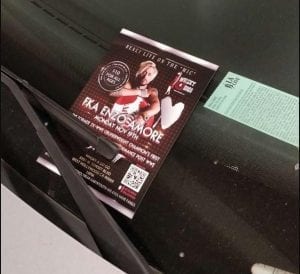