X-Pac begins today’s show by discussing two indie performers who suffered injuries recently. He points out that Joey Ryan tore his pectoral muscle and Cody Rhodes has a small issue with the meniscus in one of his knees. X-Pac notes that injuries are always tough and hopefully those two guys can get back in the ring soon. He recalls Kevin Nash tearing his quads back in the day, and that was really hard to watch. 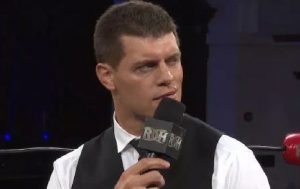 He informs that the night Nash tore his quad was the same night that he wrestled his last WWE match. He had a reaction to some sulmas that he had taken and had to be taken to the hospital in an ambulance. He called WWE and told them what had happened and he went on to work a match that night. Unfortunately, as Nash tore his quad and the NWO angle was all but over, X-Pac’s days were numbered anyways, and he was done with the company soon after.

X-Pac talks about Neville’s new physique. Neville posted a picture on social media this past week showing off his new physique and some fans were quick to accuse him of steroid use. X-Pac points out that just because someone is shredded nowadays, that doesn’t mean they’re on steroids. He points out that Neville’s physique doesn’t come from steroids, it comes mostly from his diet. X-Pac gives Neville credit, adding that he looks amazing and he’s happy to see him back in the game.

Former WWE Superstar Neville Has Some Vulgar Words for Japan

WWE Could Have HUGE Plans For Debuting Superstar