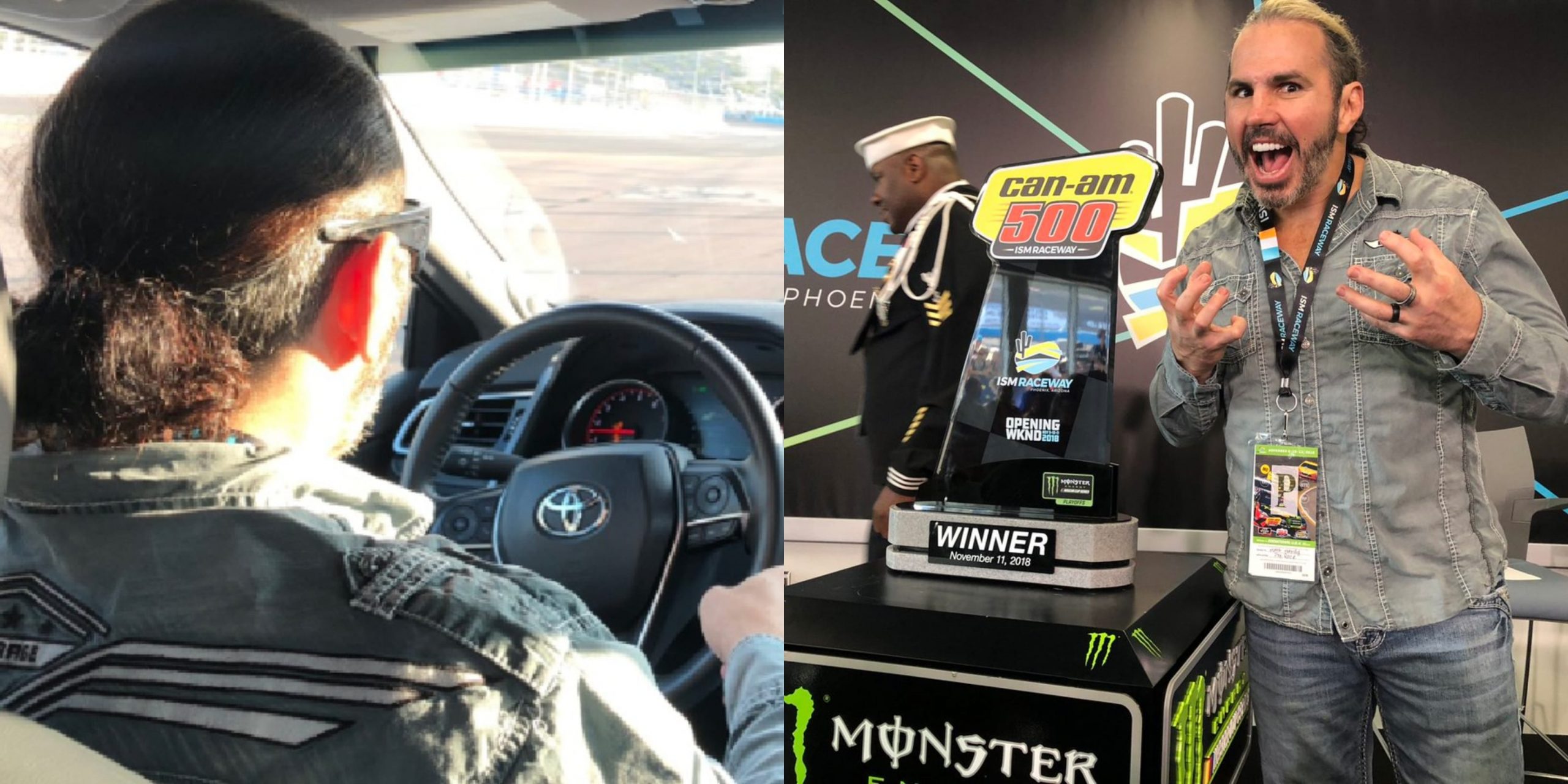 Matt Hardy has had a lot of impressive career accomplishments but this one is a pretty cool notch on his extreme belt. As an adrenaline junkie like Hardy, going fast and falling hard was a way of life for two decades. He recently got a chance to put one of those to the test.

Hardy drove the Pace Car today at the Can-Am 500 and as you can see he had a WONDERFUL time, yes. Only someone like Matt Hardy with or without his woken wisdom could fill this role and he was mighty happy to do it.

WWE posted a few pictures and a video that you can check out below of Hardy preparing for the race and posing next to the Can-Am 500 trophy in typical Woken fashion. Then he got down to driving. At this point, he’s enjoying his life while possibly putting pro wrestling in the rear view but he’s likely to never leave the business entirely.

After all, House Hardy is expected to become a regular WWE Network series to some extent so you never know if one of the episodes might include the Woken One going to the race track?

What happens when @MATTHARDYBRAND drives the “car of pace” at a sold out @NASCAR event at @ISMRaceway? Take a look for yourself, it was WONDERFUL! #CanAm500 pic.twitter.com/PPWvRQBEJI