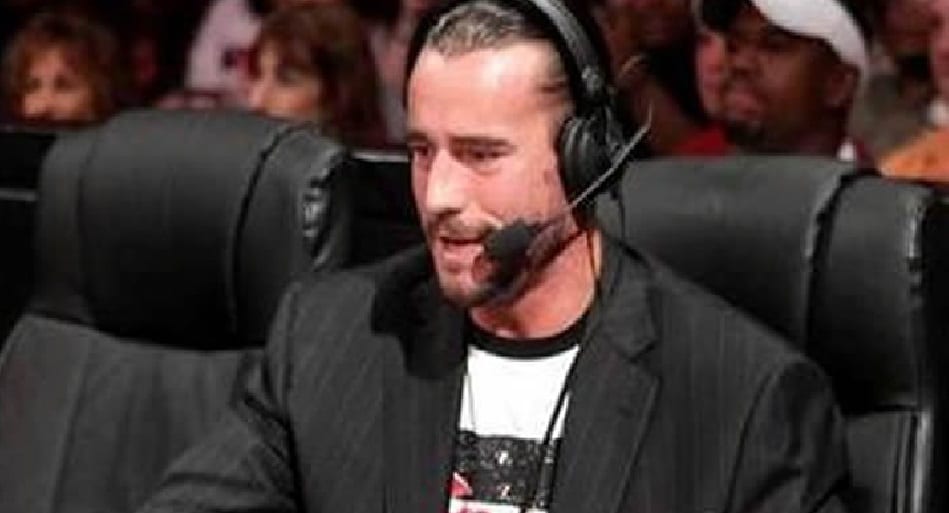 CM Punk’s name has always had controversy wrapped all around it. No matter what he seemed to do, the overall theme is that he does what he wants. After all, he left WWE in 2014 because he got tired of the grind.

Punk’s MMA career has been lackluster so far, but one thing that works very well for him is his gift of speech. He’s a natural at commentary and anytime he sat in on the announce booth during Raw or ROH it made it so much better.

Now Punk is set to have his MMA broadcasting debut later this month in Atlantic City, NJ at the Cage Fury Fighting Championships. The event will take place on December 14th and he will be joined by Mike Gill and Brian Palakow.

CFFC is obviously happy to have CM Punk aboard for this show, but it could also be a great opportunity for the Second City Savior as well. After all, if he can prove that he is just as good at MMA commentary as he is pro wrestling then this could transition him into a very cool role in a much bigger company eventually.

Only time will tell what is up with CM Punk’s schedule in the future because he can pretty much pick his own projects at this point. But it looks like he’ll at least be dipping his toe into the MMA commentary pond in December.