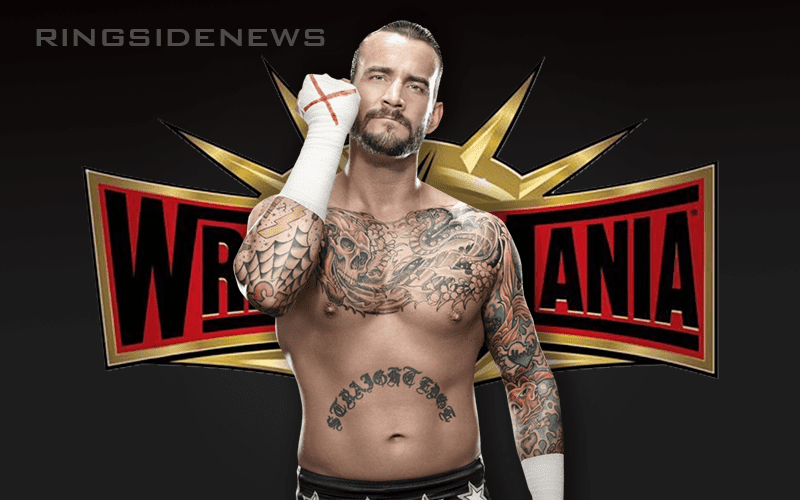 CM Punk walked out of WWE after the 2014 Royal Rumble and he hasn’t looked back since. If anything, he might be even more bitter about WWE than the day he left. After all, they did drag him through a terrible lawsuit because of what he said during a podcast.

Recently the hype toward WWE Crown Jewel promoted a World Cup Tournament where WWE would crown the best in the world. They used the term “best in the world” a lot during this program which eventually saw Shane McMahon win the honor after he stepped in for The Miz after the A-Lister was “injured.”

There have been rumors surface recently that WWE knew what verbiage they were using and its connection to CM Punk. In fact, some reports have surfaced saying that WWE was trying to gauge fan interest in an eventual return for CM Punk at possibly WrestleMania.

This led to people speculating and saying on the IWC that Shane McMahon vs CM Punk is in the early stages if they can get Punk to come back. But sorry to say, we have to kill that hope.

Our sources have confirmed to us that there is no truth in this rumor at all. WWE has no intentions in bringing back CM Punk anytime soon. While it’s totally plausible that Shane McMahon will be in a high profile WrestleMania match as a top heel authority figure, there is virtually 0 chance that his opponent will be CM Punk.

Punk is under contract with UFC right now, and while they might actually let him perform — he would need to want to return first. But at this time there is said to be no lines of communication between the two sides.