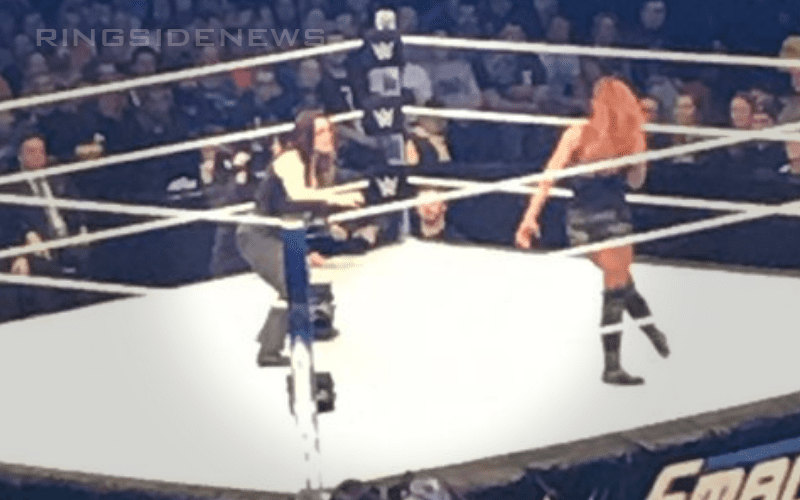 This is a big spoiler so if you’re not a fan of that kind of thing, please click back. If you do like spoilers, please check out our entire up-to-date spoilers during SmackDown Live as it goes down in Manchester.

Becky Lynch is the current SmackDown Women’s Champion and at this point she has proved that she is The Man. But as champion, there are going to be a lot of people looking to topple the Lass Kicker, especially before her big Survivor Series match against Ronda Rousey.

Becky Lynch came out this week on SmackDown Live and said she’s fired up and looking for a fight. Then Nikki Cross emerged to not only pop the Manchester crowd huge but also have a match with Lynch.

The crowd was said to be really into it as Nikki Cross got to show what she can do on the main roster. Yes, she is on the same brand as her former SAnity stablemates, and it appears that they’re a unit once again at this point as they came out with her.

Cross actually happened to be on the front row of women as Stephanie McMahon announced the WWE Evolution pay-per-view a few months ago because she was touring with the main roster at the time. Now it appears like she might have made her first big break on the main roster.