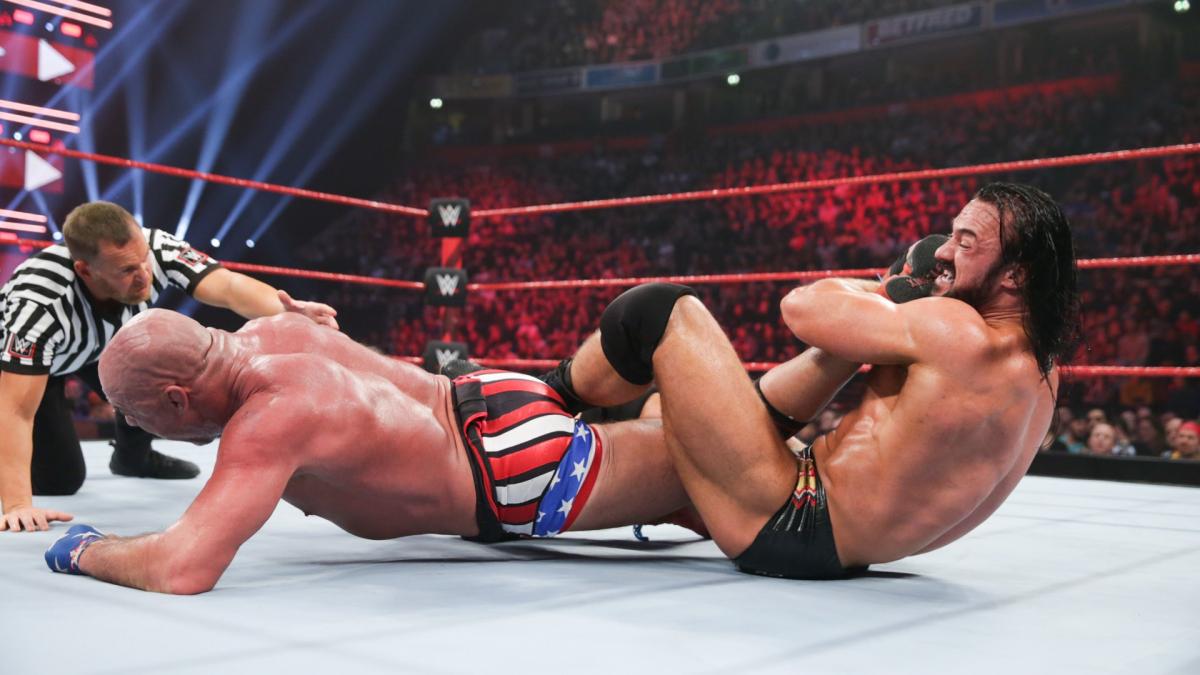 WWE Monday Night Raw ended this week with Kurt Angle tapping out to Drew McIntyre while in an Ankle Lock, The Olympic Hero’s own move. To top it off, Kurt took an Angle Slam right before it too. This naturally upset plenty of fans, especially considering Angle’s status as a WWE Hall Of Famer.

Dave Meltzer spoke about Angle’s treatment on Wrestling Observer Radio where he had more than enough to say and the IWC firmly agrees.

“I never would have treated a legend like that. This was f*cking bullsh*t. It’s like it wasn’t — I don’t know. I just feel like a guy like Kurt should at least have some dignity or something like that. They made it so bad. I was like HE didn’t go to Saudi Arabia and he was being punished. Maybe Vince thought that like he was Daniel Bryan or something — it was ridiculous.”

Only time will tell what WWE’s big direction is going to be with Kurt Angle — but losing to McIntyre like this on Raw didn’t help things. Drew McIntyre deserved a big win, but maybe not at the expense of Kurt Angle.