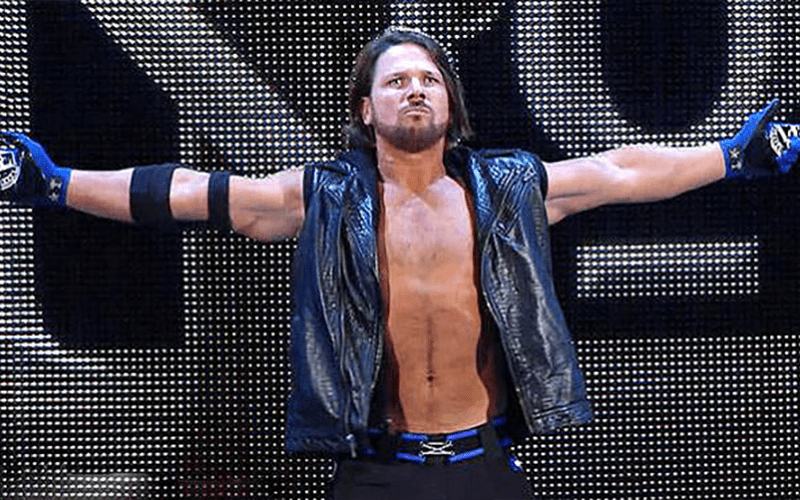 AJ Styles did not wrestle on this week’s episode of SmackDown Live, however he was in action after the cameras stopped rolling.

After the match, AJ cut a promo about Manchester and mentioned that his championship win over Jinder Mahal was a moment in his career he would never forget. Styles greeted fans at ringside afterwards.