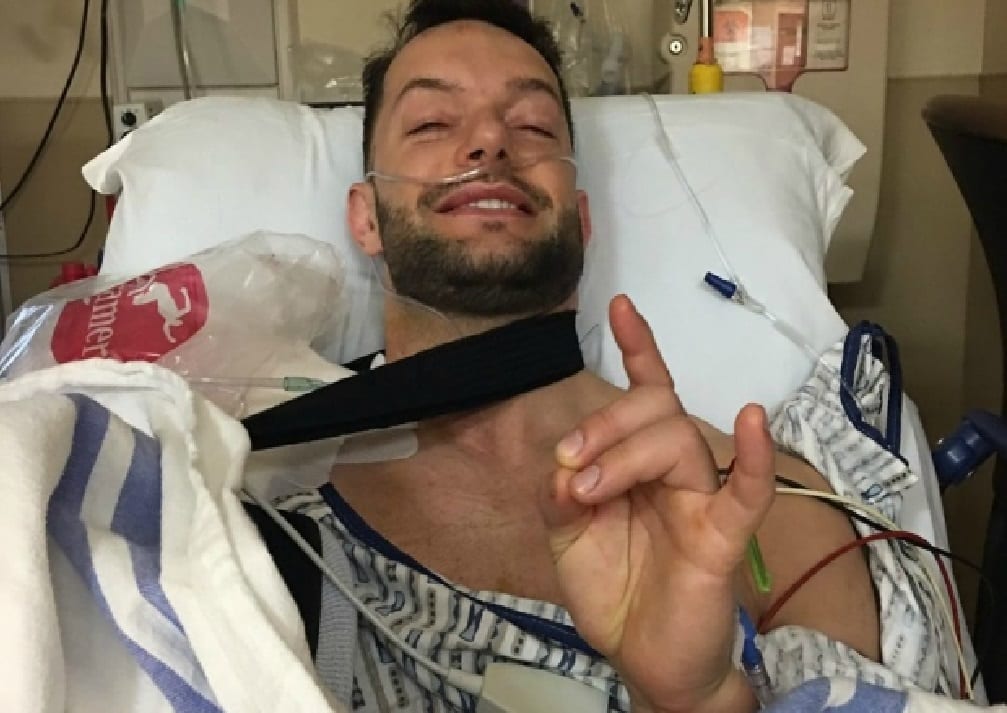 Triple H had to undergo surgery for a torn pectoral muscle today and by his account, everything went well. Dr. Dugan is taking care of Triple H and hopefully, he’ll be back to work as soon as possible.

But when Finn Balor saw the picture Triple H posted post-surgery, he just had to comment. After all, it’s a very familiar pose and setting for a picture of his own a couple of years ago.

Following Balor’s SummerSlam injury where he destroyed his shoulder but became the first-ever WWE Universal Champion in the process, Finn posted a picture of himself giving a Too Sweet hand gesture from his hospital bed.

“Like father, like son. Get well soon!” Finn wrote under a collage of the two of them. It was a pretty funny observation on behalf of the leader of the Balor Club. They might not be actually father and son, but Triple H has certainly done a lot for Balor’s career in WWE. This was a pretty fun way to show Papa Trips that he cares.