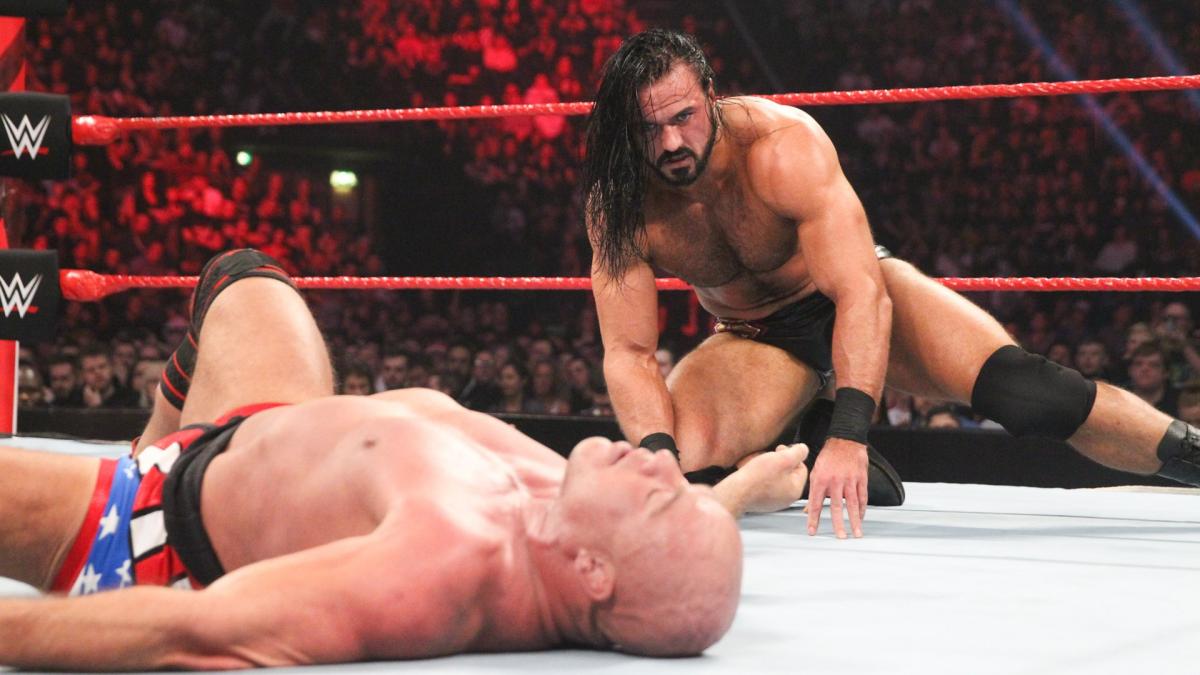 Drew McIntyre defeated Kurt Angle this week on Raw and left plenty of fans pretty astonished that they would choose that direction for him. But it was pretty clear that McIntyre is being positioned into a pretty good spot on Raw.

Mike Johnson discussed this event on PW Insider Elite audio where he compared WWE’s mindset for why they took this booking decision to another famous passing of the torch match over a decade ago.

“This really was one of the biggest wins they have positioned him with thus far in the company. It’s very similar to the night that Brock Lesnar just wiped out Hulk Hogan and beat him […] they pretty much made it clear that this guy was going to be the guy one day. That was kind of the goal here with Drew McIntyre wiping out Kurt Angle and you know Kurt was very aggressive early on but as the longer the match went Drew controlled the flow of it.”

Johnson continued to say that McIntyre defeating Angle in this way was a statement that Drew is a top guy in WWE now.

WWE very well might be setting Drew McIntyre up into a big place at this point as the Captain of the Raw Men’s Survivor Series team. But that role can sometimes become a little bit lost in time, hopefully, WWE is preparing McIntyre for his next stages as a top WWE Superstar.

By the way, if you haven’t seen it in a while, you can check out Brock Lesnar beating Hulk Hogan in the link below.