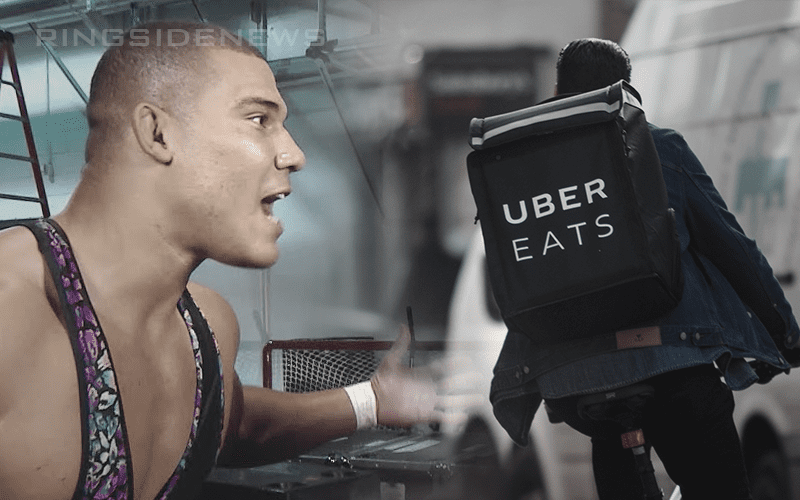 Jason Jordan is more than Kurt Angle’s long-lost son — he’s also a man who gets hungry. But the WWE Superstar who is currently recovering from a neck situation that has kept him out of action for going on a year now — he just wanted some food. So the current WWE producer ordered something with the help of Uber Eats because he wanted it brought to him.

But wouldn’t you know it? Jordan was shocked to find out that his driver was unprofessional and took off with half of his food. That’s not what he ordered at all so he took to Twitter about it.

Jordan sent 2 tweets out to Uber to display his anger about the situation. He didn’t give many details except for the basic plot points, but we’re going to imagine this driver won’t be getting a good review from the former American Alpha member.

Thankfully it looks like the folks at Uber smoothed things out for Jason Jordan. But it’s a pretty lousy thing to do to eat someone’s food as you bring it to them.

I just had the most unprofessional @UberEats driver deliver a portion of my order and try to run off. She stole the rest of my order. I called the restaurant to confirm my suspicions. @UberEats need to check their drivers!

Thank you @UberEats and @Uber_Support for owning the situation that happened. After calling out the company, they reached out and took responsibility in a professional manner. #cultureofaccountability