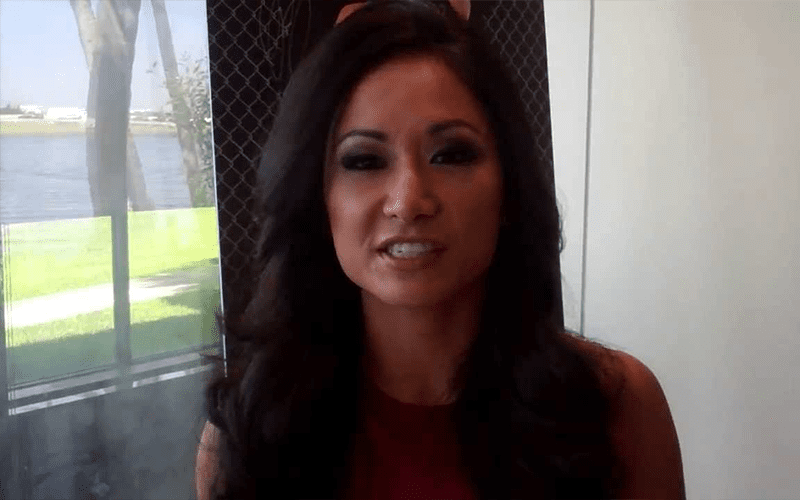 Hulk Hogan returned to WWE at Crown Jewel where he “hosted” the event. Actually, he came out and cut a promo before flexing — but it still marked the return of Hulk Hogan in WWE.

Hogan’s return to WWE was met with a lot of controversy considering the fact that he admitted to being “racist to a point” on audio and then came back a few years after his suspension from the company to apologize to the roster which was simply a message about watching what you say because you never know if you’re being recorded.

Gail Kim replied with a pretty bold statement about the McMahon Family as well saying that they’re racist and agree with The Hulkster.

“They’re pretty racist anyway. They don’t care if anyone is racist. Bc they have the same thoughts.”

Kim received some responses from fans about this tweet and double-downed on her previous claims of racism in WWE by saying that “because they hire people of ethnicity doesn’t mean they aren’t racist.” She also told a diehard WWE fan that there was pretty much no use of her trying to convince them because “WWE says eat sh*t and you would.”

These are some pretty bold statement from Gail Kim, but it’s not like she’s looking for a return to WWE anytime soon.

Plus they’re racist anyway. They don’t care if anyone is racist Bc they have the same thoughts

Oh ok Bc they hire people of ethnicity doesn’t mean they aren’t racist. It’s business number one. Two, you don’t know anything about what happens backstage mr diehard https://t.co/1ZXDE1ngYE

I actually didn’t know about the racism to be honest till the second time around but as a diehard, you’ll never believe anything I say. Wwe says eat shit and you would. https://t.co/ChV5pMtJk8