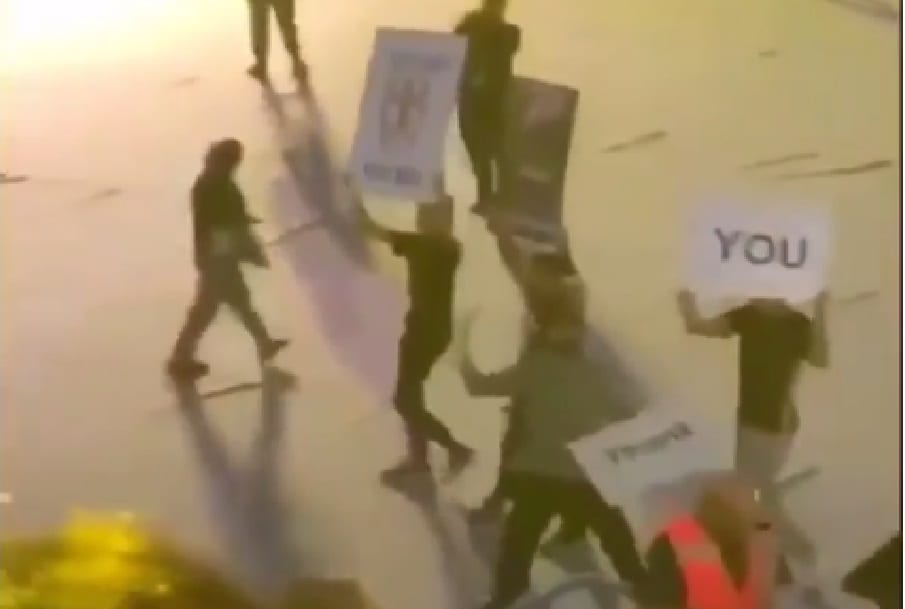 WWE Crown Jewel was originally scheduled to be an event where Roman Reigns would have likely retained his WWE Universal Championship in front of a sold-out show at the  King Saud University Stadium in Riyadh, Saudi Arabia. But Roman Reigns’ sad announcement that he has leukemia and it has resurfaced after remaining in remission for 11 years.

But the crowd in Saudi Arabia hasn’t forgotten about Roman Reigns. Fans brought signs for Roman Reigns and chanted for the Big Dog before the event kicked off.  It looks like the fans were having a great time before the event as ringing chants of “Thank You Roman” echoed in the stadium as they were filling up.

Only time will tell how long it will take Reigns to beat leukemia again — but he will you can believe that and the WWE Saudi Universe is certainly behind him.

You can check out the video below which was sent to us by a fan who is at the event. It’s a pretty touching gesture for those fans to send their love to The Big Dog.