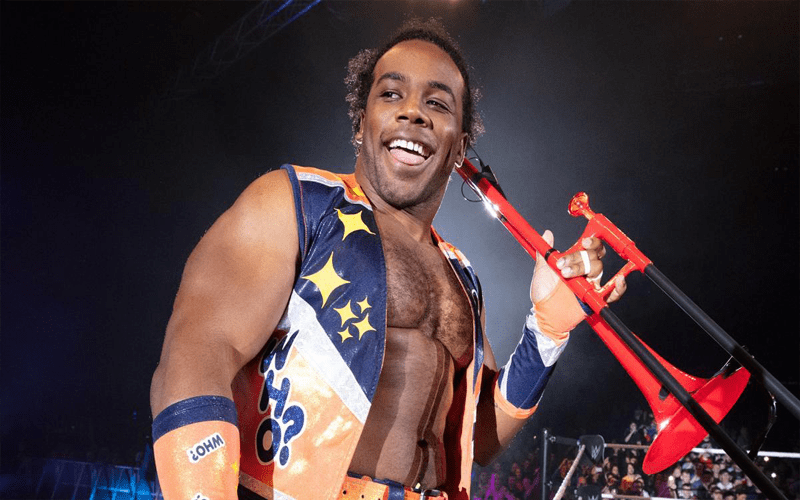 Xavier Woods is a very intelligent guy. Not only is he running the successful Up Up Down Down YouTube channel, but he also has his Ph.D. Therefore, the man can obviously speak well and he knows exactly what he’s saying. This is why one recent tweet has plenty of his fans scratching their heads.

Woods is scheduled to compete at WWE Crown Jewel as The New Day defend their SmackDown Tag Team Titles against The Bar. So he headed off to Saudi Arabia for the big controversial show. The Crown Jewel event will also see the WWE return of Hulk Hogan as the event’s host.

The New Day was quite outspoken about Hogan’s apology not being enough and needing to see actual actions instead of hearing words and being advised to “watch what you say because you never know if you’re being recorded.” This might be kept in mind when thinking about his latest tweet.

The New Day’s resident trombonist tweeted out: “Eventually in life you come across a situation where it’s just easier to take a shower instead of wiping till it’s raw.”

There are a couple ways you can take this kind of message from Woods. Either he’s being very open about his bathroom situation or he’s painting a very poignant yet crass analogy. Only time will tell if he eventually explains this toilet-themed tweet but for now, you can read it however you wish.

Eventually in life you come across a situation where it's just easier to take a shower instead of wiping till it's raw.