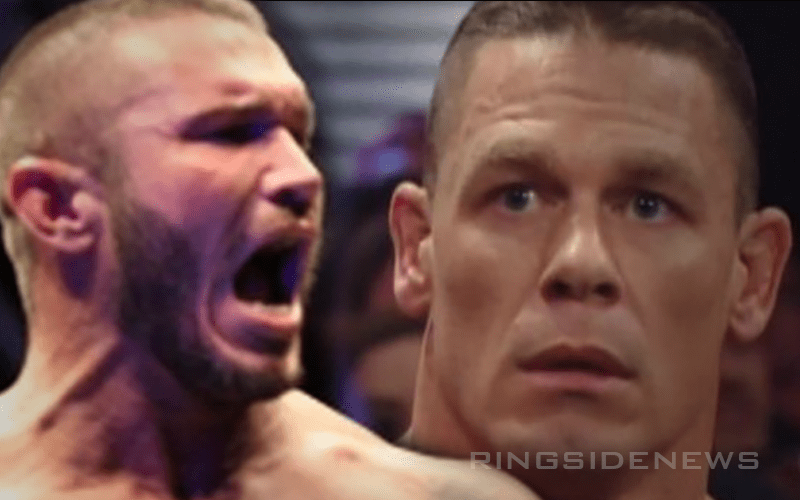 WWE Crown Jewel is going down on Friday and it will happen in Saudi Arabia in the face of many detractors and pleas to change the event’s location. But one thing is for sure — John Cena won’t be there at all.

Cena was written off of television this week and although the reason given was pretty lame, the message was loud and clear. Cena didn’t want to be included in the controversial event because he has so much riding on his public image. We totally understand that, but Randy Orton might not as he spoke to TMZ before taking off to KSA.

“Does he still wrestle?” Orton asked, “I didn’t know he pulled out,” he responded questioned about Cena’s WWE Crown Jewel absence. This certainly seemed like a double-edged reply.

Orton’s remarks could ring true to how he is feeling, but John Cena apparently didn’t need the money WWE was offering him and he turned their second and much more ‘generous” offer down as well which is something Orton couldn’t do.

“I’ve got 5 kids. I gotta go make that dollar. If they want me in Saudi, I’m going to Saudi,” Orton said unapologetically. As we previously reported, Randy Orton has spoken out in the past about his approval of WWE keeping the Crown Jewel event on as scheduled stating that it will help lead to social change.