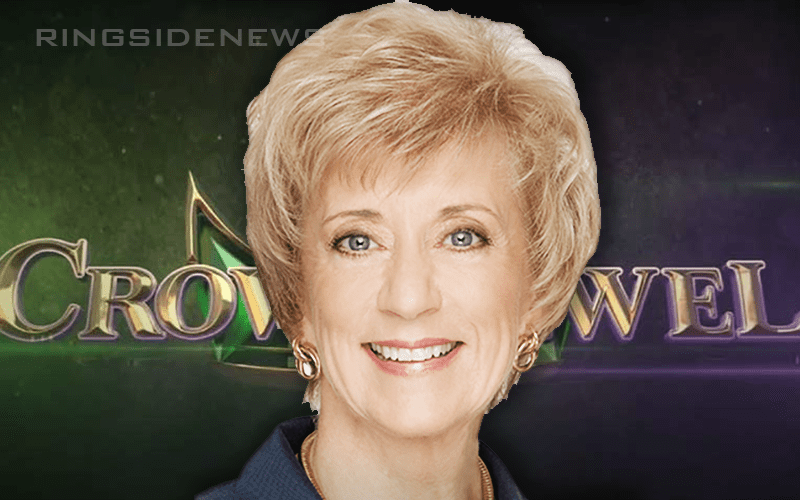 WWE Crown Jewel is carrying on this Friday as scheduled even after the controversy surrounding the murder of Washington Post journalist and US resident Jamal Khashoggi. Plenty of people have spoken out about the event including senators, fans, and John Oliver on Last Week Tonight on two separate occasions — but Linda McMahon, Vince McMahon’s wife doesn’t want to entertain a conversation about WWE Crown Jewel.

TMZ recently caught up with Lina McMahon who currently sits in President Donald Trump’s cabinet as head of the U.S. Small Business Administration. She is working in Washington DC, but she leaves all of WWE’s issues in Stamford Ct where those decisions are made.

They asked her about the controversial WWE Crown Jewel event that is set to take place this Friday on the WWE Network aired live from Saudi Arabia, but she wasn’t talking.

“If you wanna talk WWE, you’re talking to the wrong McMahon.”

When we pointed out that WWE is essentially a family-run business, she replied — “I don’t run it and I’m not responsible for it … ya gotta talk to Vince.”

It looks like she’s remaining quiet on the matter and doesn’t want to talk WWE — especially WWE’s deal with the Saudi Arabians.