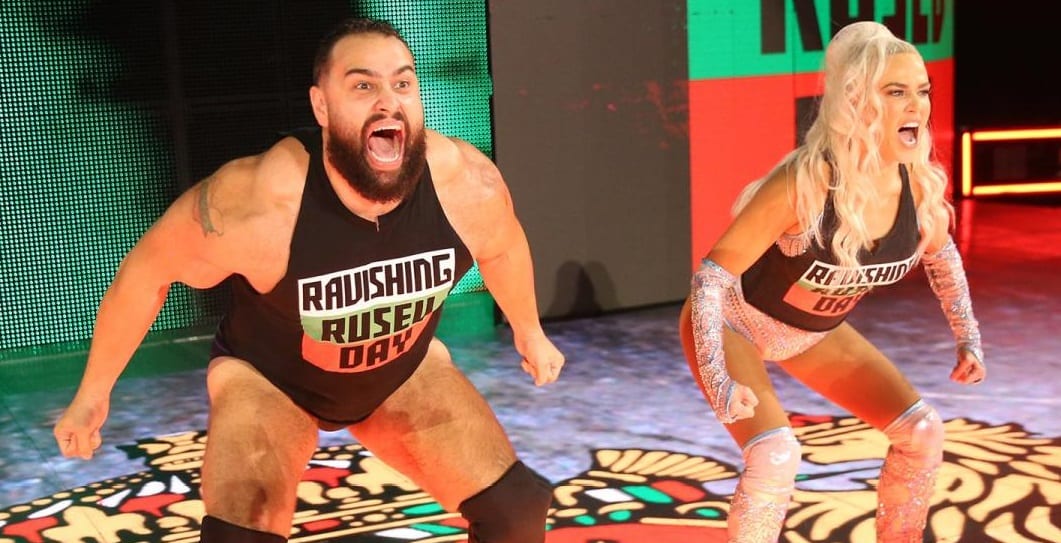 Everyone is entitled to their own opinion but if you’re going to say something about Lana, then it might be a good idea not to let Rusev hear what you have to say. Because The Bulgarian Brute will find your tweet and crush you online.

During the WWE Mixed Match Challenge, some fans drew attention to what was thought to be a botched hurricanrana from Lana which she transitioned into a side Russain legsweep which is a perfect move for the Ravishing Russain to utilize.

One fan called out Lana for botching the move to which Rusev replied: “That right there tells you how much wrestling you know!” Obviously, Rusev knows a thing or two more than the average fan about wrestling

So the next time you think about throwing some shade at a WWE Superstar, it might be best to consider the fact that not only could they fire back at you but there is an entire locker room of Superstars who could come back with a comment as well — especially if they’re married to someone like Rusev.

That right there tells you how much wrestling you know ! https://t.co/dQugIcDBSg