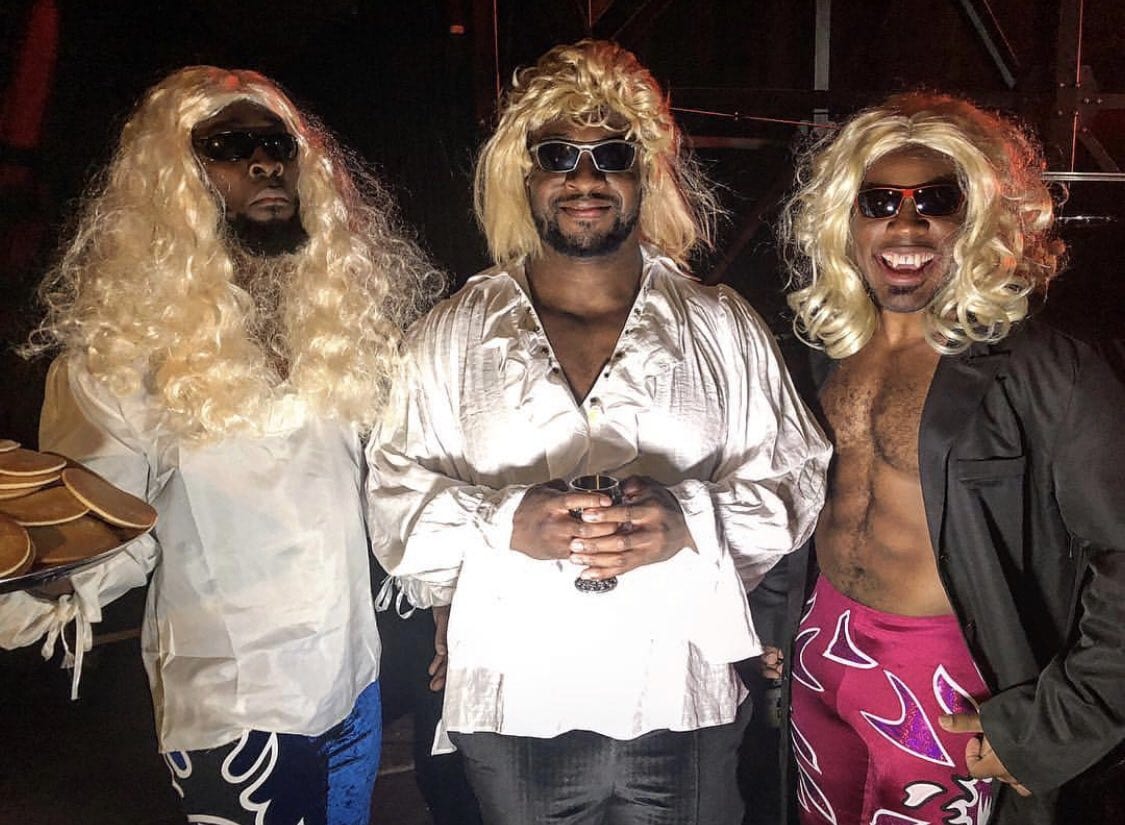 Edge, Christian, and Gangrel made up The Brood during WWE’s Attitude Era and it helped launch all 3 of their careers into something fans will never forget. They obviously held onto the memory of The Brood and their bloodbaths because The New Day rocked costumes on SmackDown Love this week portraying the legendary stable of 3.

Big E was successful in defeating Cesaro in a Halloween Trick-Or-Treat Street fight which has become somewhat of an annual thing at this point — and the fans seemed to love it. They also loved the New Day’s costume of choice.

Although Gangrel hasn’t commented at this point on The New Day’s costumes, Edge retweeted a picture of the longest-reigning WWE Tag Team Champions dressed up like them and Christian commented saying: “Pancakes and a bloodbath… missed opportunity.”

Only time will tell who The New Day decides to dress up as next year — but hopefully, their source of inspiration will appreciate it as much as the Brood did.