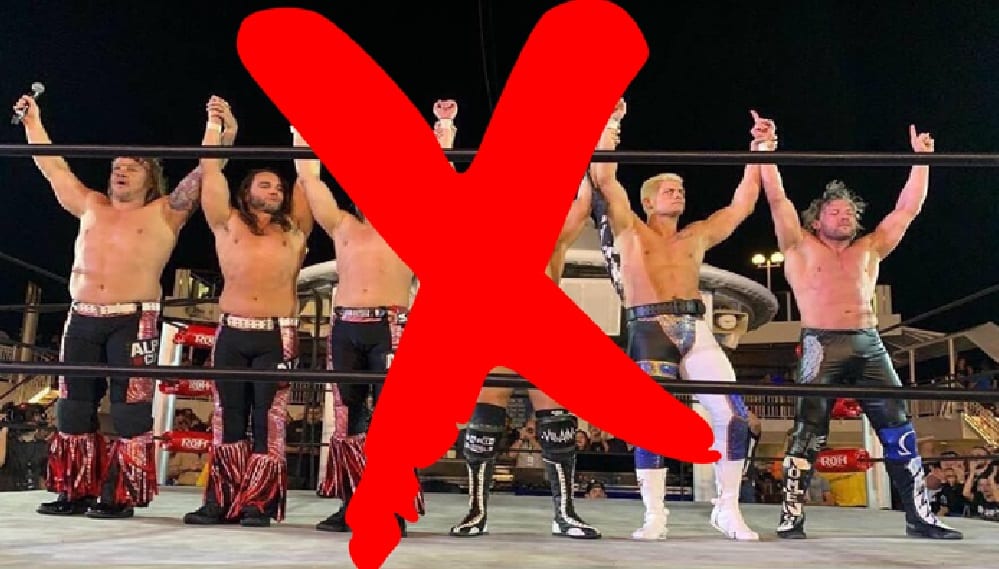 Chris Jericho sunk a huge investment into getting his own cruise together and they set sail on October 27th for an amazing adventure full of wrestling and rock n roll. Jericho even laced up his boots and wrestled on the cruise teaming with The Young Bucks against Cody Rhodes, Kenny Omega, and Marty Scurll.

The Bullet Club vs Alpha Club match was filmed for a later showing on Fite for $24.99 — therefore security was apparently very strict about cameras. Reports from the cruise say that signs were held up as well as announcements that no video or photos would be allowed to be taken during the big 6-man tag match.

This attempt to protect the match result and the spots was carried out by members of security shining lights into the crowd as well and many people were asked to put down their phones if it looked like they were taking a picture.

Of course, you can’t stop everyone from taking a picture or a little video during the match. But they certainly did their best during the big 6-man tag match. Thank to @StarWarsTiffany for braving security in order to snag a couple of shots.