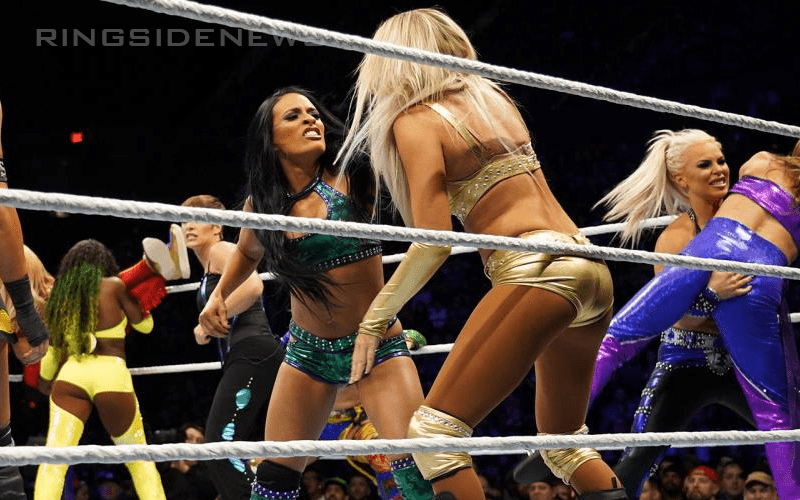 Zelina Vega made an interesting point on social media earlier today, noting that she was the last SmackDown Live superstar involved in the Battle Royal at WWE Evolution.

The show itself seemed to exceed all expectations for the majority of fans, given the poor build-up that many members of the WWE Universe spoke of in the days and weeks prior. Still, it was a landmark occasion and nobody is going to deny that, with the Battle Royal itself serving as a particular “wow, that went better than expected” moment.

Vega isn’t really known for her in-ring work but she can certainly do some good things when she’s afforded an opportunity to showcase her talents, and while the nature of her appearance in the Battle Royal was a little odd, it still made for a “wait, could she actually do this?” kind of atmosphere.

BUT! Let it be known!!!!!!
I, Zelina Vega, AKA #LaMuñeca was THE LAST #SDLive representative in the #WWEevolution Battle Royal. What’s that say? 🧐

Given the rise of Andrade ‘Cien’ Almas as of late in addition to how well Vega has been received on the main roster as his manager, it feels like it’s only a matter of time before she gets a push of real substance.

The same thing could be said of many WWE superstars at her level, of course, but WWE seems to be behind her in a way that we haven’t really seen since Alexa Bliss.

That’s likely going to be viewed as an overstatement but when you consider the quality of the other SmackDown Live stars in that match, you have to admit that it says something about how much they can trust her. After the nasty bump she took during her elimination, too, a push is surely warranted.