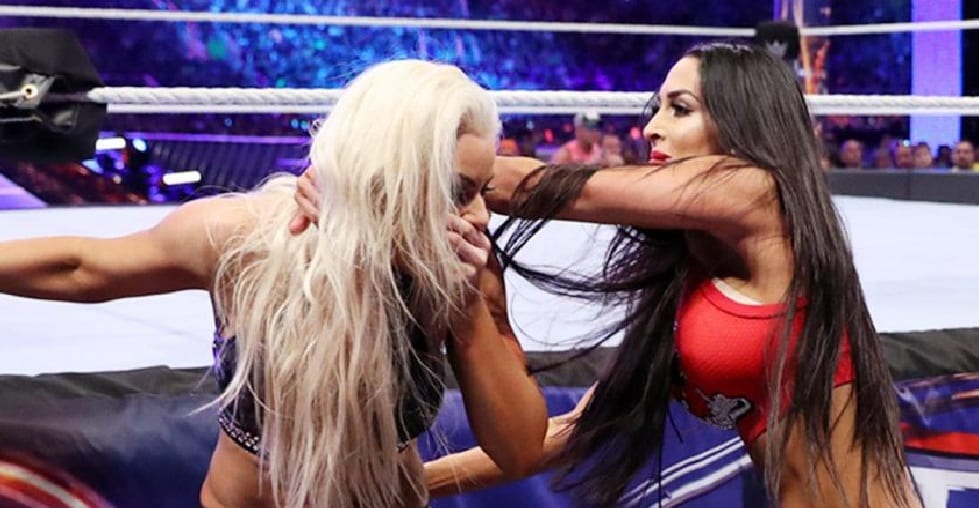 WWE has plenty of options at this point on how you can entertain yourself. Nikki Bella is not only a part of the Raw roster, but she is also a part of 2 reality television shows. Maryse was once on Total Divas, but she gave that up for her own show Miz & Mrs which she stars with her A-Lister husband.

But when Maryse was brought into Total Bellas they mentioned how Nikki stabbed her in the back years ago when the Bella Twins re-signed with WWE leaving Maryse out on her own when she didn’t do the same in what was established in the story as an agreement to stick with each other. This same storyline was brought up running into Bella’s feud with The It Couple leading into WrestleMania 33. But is there real heat between the two?

Mike Johnson discussed this during PW Insider Elite audio where he mentioned that Nikki does run the locker room and can certainly use backstage politics to her advantage, but the issues addressed leading into WrestleMania 33 have all been swept under the rug at this point.

“Was this storyline or was this part of Maryse’s release a few years ago? I don’t remember her release contributed to Nikki Bella. That doesn’t mean that Nikki Bella isn’t seen as someone that runs that locker room and certainly has power and can sway things in the WWE locker room on the female side of things.”

“I think it was more of a storyline that they added to give Maryse and Nikki another reason to have some issues between them to build up the drama for the WrestleMania match.”

As Maryse and Nikki Bella continue on their careers, they might be on reality television — but they’re not the same at all. After all, Miz & Mrs is about the It Couple and their daughter living with Maryse’s entertaining mother. Whereas Total Bellas is about Nikki Bella’s breakup with John Cena, and now that Cena is off to China and they’re done for good, next season is going to be interesting.