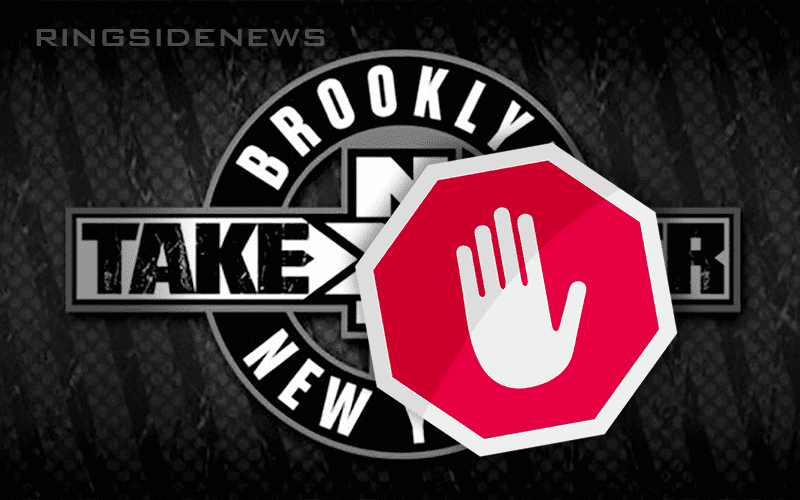 In news that is likely to shock fans of the NXT product, it appears that WWE is giving up the NXT TakeOver: Brooklyn series. With four shows under their belt, many fans thought the company would continue the trend for the foreseeable future.

As Mike Johnson of PWInsider reports, the WWE WrestleMania Travel Package information has been released. The NXT TakeOver event listed on Saturday 4/7 at the Barclays Center is billed as “NXT TakeOver: New York,” which likely signals that the company is re-branding the “Brooklyn” name as “New York.”

For what it’s worth, Triple H was referred to the TakeOver: Brooklyn series as NXT’s own WrestleMania. The shows generally took place in August- with the most recent event taking place back on August 18 of this year.

It had been a series since August 2015, when NXT held the first show, which featured matches such as the iconic Sasha Banks vs. Bayley bout, and Finn Balor vs. Kevin Owens in a Ladder Match.

It is possible that WWE returns to New York later in the year and holds the fifth TakeOver: Brooklyn show, though given both shows would be in the same area and state, we aren’t positive they’ll return in 2019 twice, as NXT TakeOvers are known to be widespread.

Additionally, WWE could re-name the show closer to the time, though since they class the show on the official material as “NXT TakeOver: New York,” we feel this is unlikely to happen.

What is your reaction to the possibility that the NXT TakeOver: Brooklyn series could be over? Let us know your thoughts, opinions, and reactions in those comments below.