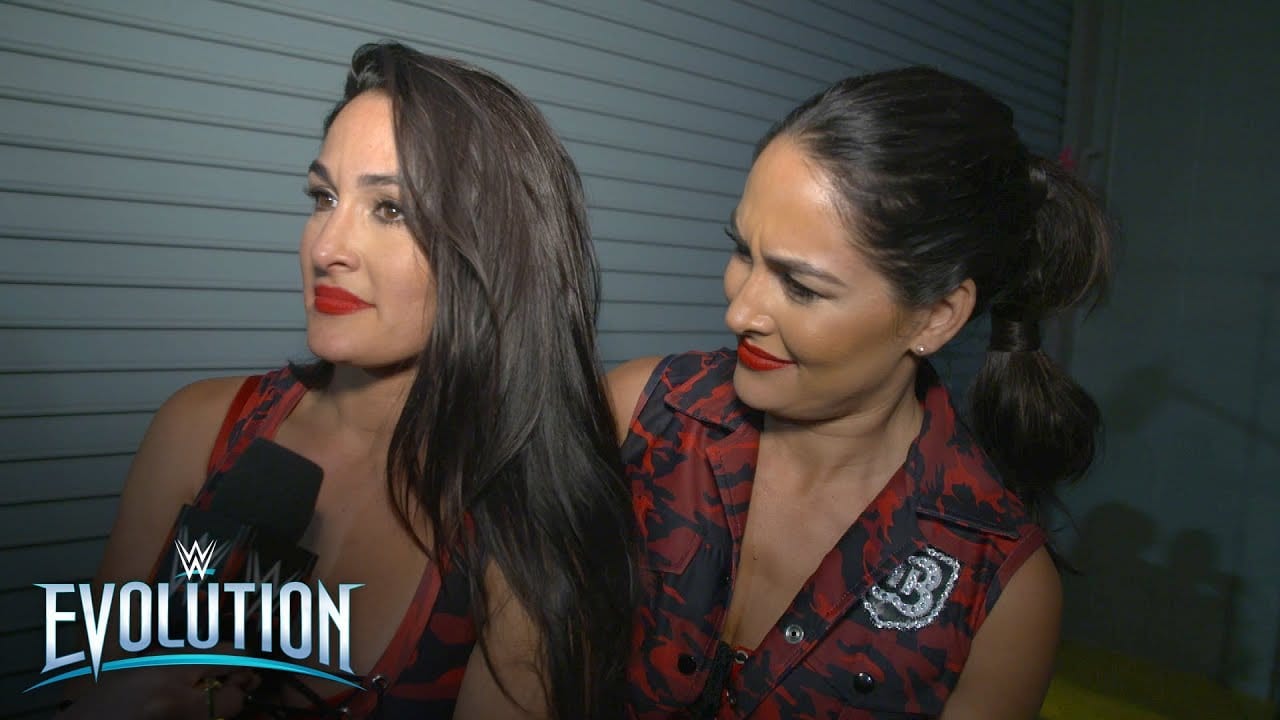 In the main event of the first-ever all-women’s PPV, Evolution last night at the Nassau Coliseum in Uniondale, New York, Nikki Bella was defeated by RAW Women’s Champion Ronda Rousey. Her defeat, however, was not without a fight, as she took it to Rousey with everything she had.

In a backstage interview after Evolution went off the air, Bella explained that she isn’t feeling good. In the process, she claims the Divas era is now completely in the past, and when she returns, her business with Rousey is far from over.

Check out what she had to say:

“Not great. I’m defeated, and I just feel like the Divas era is officially over. I’m done- but you know what, with Ronda, it’s not over. And when I come back here, I’m gonna be a brand new woman that every woman in this women’s division will need to fear.”

Additionally, her sister added another comment as they walked away:

“And, umm… It’s still a Bellalution.”

Check out the clip yourself:

Rousey is now expected to feud with both Nia Jax, who won the Battle Royal at Evolution last night, and Becky Lynch, who defeated Charlotte Flair to retain her SmackDown Women’s Championship. While not confirmed, it appears Rousey vs. Lynch could be set for Survivor Series, and Jax vs. Rousey possibly at TLC.

What match most surprised you last night, and how? Let us know your thoughts, opinions, and reactions in those comments below.