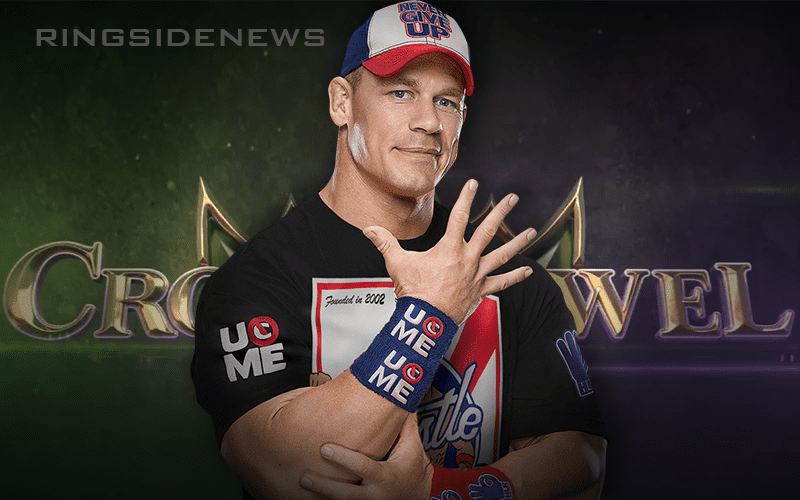 WWE Crown Jewel is right around the corner and the controversial show even got boos during WWE Evolution in probably one of the biggest heat-drawing segments of the night and it was just Michael Cole plugging the show.

It’s been said that John Cena and Daniel Bryan aren’t going to be jumping on a plane with the rest of the scheduled Superstars for Saudi Arabia. Now it looks like we’re going to be getting some 11th-hour alterations for the big show.

Dave Meltzer discussed the situation on Wrestling Observer Radio where he discussed how he’s been no-sold by those in the company regarding Daniel Bryan’s status… but Cena isn’t going to be going for sure and we’ll get an answer about why he’s not going (in storyline) tonight on Raw.

“Everybody pretty much knows that Cena’s not — maybe they’re trying to talk him into it but right now he’s not. Okay, Daniel Bryan has been reported that he’s not going. I have asked around to the company and everyone and if he was going you would think that they would say, ‘No this story is wrong, he is going.’ And nobody says that to me. They just don’t confirm it and they don’t deny it.”

“From a storyline standpoint if they’re going to do an angle — they don’t want to give away their angle — so there’s that mentality. So if it’s that if that’s what’s going on the official company wouldn’t tell me but there’s a lot of the people who would. The reality is there are people in creative and they don’t know. But the fact that none of them have denied it makes me think it is.”

Meltzer said that if the story was wrong, he would have been told that it was wrong so the logical assumption is that Daniel Bryan isn’t going to Crown Jewel after all.

“I’ve got to go on the assumption that for whatever reason — and it’s probably for the most logical reasons… but for every guy that’s on that show you got to think that a large percentage of them can move outside the bubble and see this show is tacky to do and not want to do it or whatever.”

“It’s weird because I always expected that Cena was the one because he’ll do that the company wants at all times and he’ll never make a public fuss about it and it may also be that other people to think he’s tacky because he’s got this other career going on.”

This falls in line with the reasons we exclusively reported that our sources told us Cena gave for not wanting to attend the Crown Jewel show. Meltzer then said that for all the guys who allegedly don’t want to go on the show he would think it would be all of them. Or maybe they are just afraid to state their opinions.

“The story is that the Cena thing will be addressed on Raw and the Daniel Bryan thing won’t be addressed until late in the game.”

It seems like we’ll be getting some last-minute changes for Crown Jewel — but it won’t matter for the event’s crowd because those tickets sold out in under 3 hours after a really hard time getting tickets.