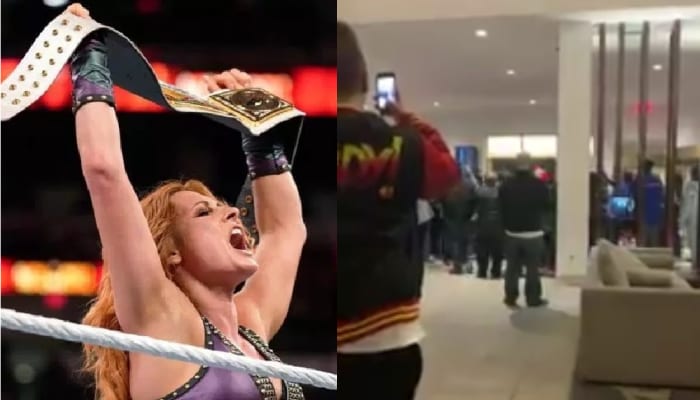 WWE Evolution was a big night for a lot of people, especially Becky Lynch. She retained the SmackDown Women’s Title in a brutal last woman standing match which was the first of its kind in WWE and any match to follow will have a lot to live up to.

As we previously reported, WWE might have accidentally turned Lynch into a huge babyface during the Evolution event and it looks like that stuck after the show was over. As Lynch returned to her hotel after the show, you could barely see The Champ because of all the fans — but you certainly knew who was walking through the door because they were chanting her name.

As you can see, the groundswell of support coming Lynch’s way is only getting bigger. As time goes on, she might be considered one of the great anti-heroes and might just be a one-named entity like Austin, Rock, and Taker. Neither good or bad, she’s just Becky.

You can check out the clip below to see what we’re talking about. Only time will tell how WWE uses this popularity, but if they’re smart they will realize that something special is happening there. If anything, you can probably expect her reception on SmackDown Live this week to be pretty big if you’re comparing it to the way she was welcomed when she arrived back to her hotel following WWE Evolution.

The hotel erupts when the man comes through. @BeckyLynchWWE #wweEvolution pic.twitter.com/OYuCodd6jt