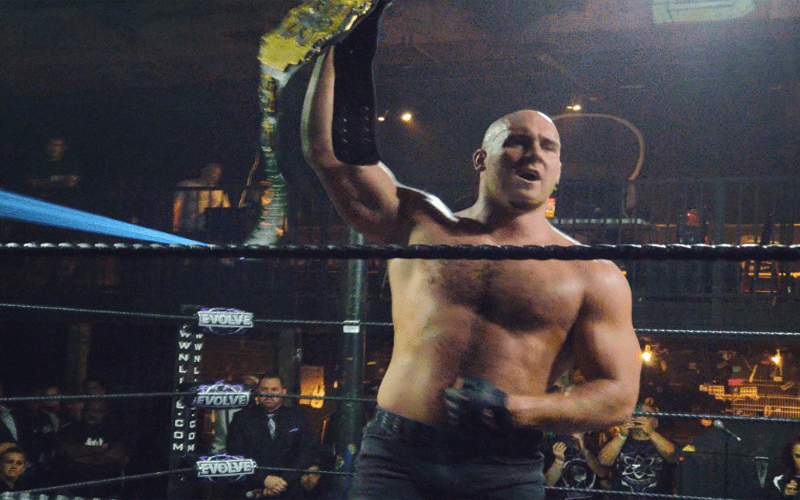 We reported just a few hours ago that a popular NXT Tag Team defeated the EVOLVE Tag Team Champions to capture their gold at EVOLVE 114. It now appears another NXT Superstar who has captured the hearts of many fans down in NXT has captured one of EVOLVE’s two largest Championships.

In one of the final matches of the night, NXT Superstar Fabian Aichner took on EVOLVE Champion Shane Strickland in a match for the Championship, where he was, as you can tell by the title of this article, victorious.

In one night, two NXT acts have become Champions down at EVOLVE, with numerous other competitors from NXT and NXT UK making appearances throughout the show.

Courtesy of JJ Williams and EVOLVE Wrestling on Twitter, here is some footage from the bout:

AND NEW EVOLVE CHAMPION!!!@FabianAichner of @WWENXT captures the title from @StricklandShane at #EVOLVE114 on #ClubWWN

See the new champ when EVOLVE comes to Detroit on Nov 9 & Chicago on Nov 10! pic.twitter.com/AfAElLfwuf

This means that Aichner will be returning to EVOLVE to continue fighting talent until he drops the Championship. As EVOLVE confirm in their tweet, Aichner will be with them for their shows in Detroit on November 9, and in Chicago on November 10. It is likely the new EVOLVE Tag Team Champions will be there too.

Did you ever expect to see NXT talents winning Championships in other promotions? What are your thoughts on Aichner’s new Championship? Let us know your thoughts, opinions, and reactions in those comments below.