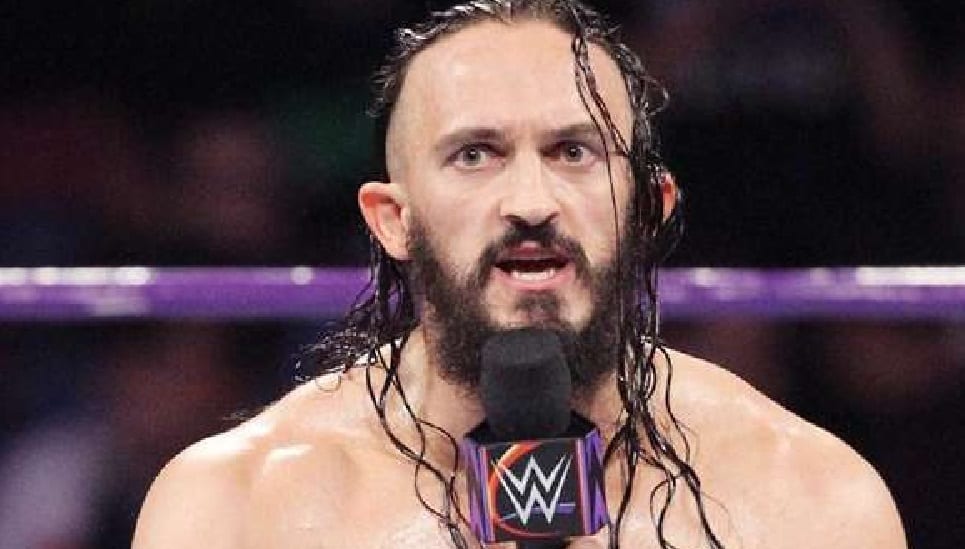 Neville walked out of WWE and it took way too long for him to be granted a release from the company. But he’s appearing in Dragon Gate Pro now as Pac which was the name he used to get famous before coming to WWE. However, just because he’s not with the company anymore doesn’t mean they don’t have merch of his and they don’t know what to do with it.

It’s not like WWE can pack Neville t-shirts along with them to house shows anymore and unload them at $5 a pop — because he’s not on the show and they don’t want to plug his existence. If anything, we’re surprised they haven’t tried to wipe him from Cruiserweight history — even though he was their King.

So WWE’s official shop still has a couple pieces of Neville merch available and you’ll find them in the clearance section. We pay attention to the events at the shop and noticed that Neville’s purple shirt went from having 1 size available to every size available — so maybe they got a shipment they didn’t need from the manufacturer or they just found a big box in the warehouse. Either way — they’ve got to go.

Also, if you’ve been meaning to pick up a basic Mattel Neville action figure, there doesn’t seem to be any better time than now either because they’re on clearance too. This isn’t a good situation for WWE’s shop to be in, but it might be even worse for Neville — if he’s still receiving royalty checks they can’t be very much with these prices.

You can check them out below. At this time every t-shirt size is available, but you never know how long a deal like that is going to last. 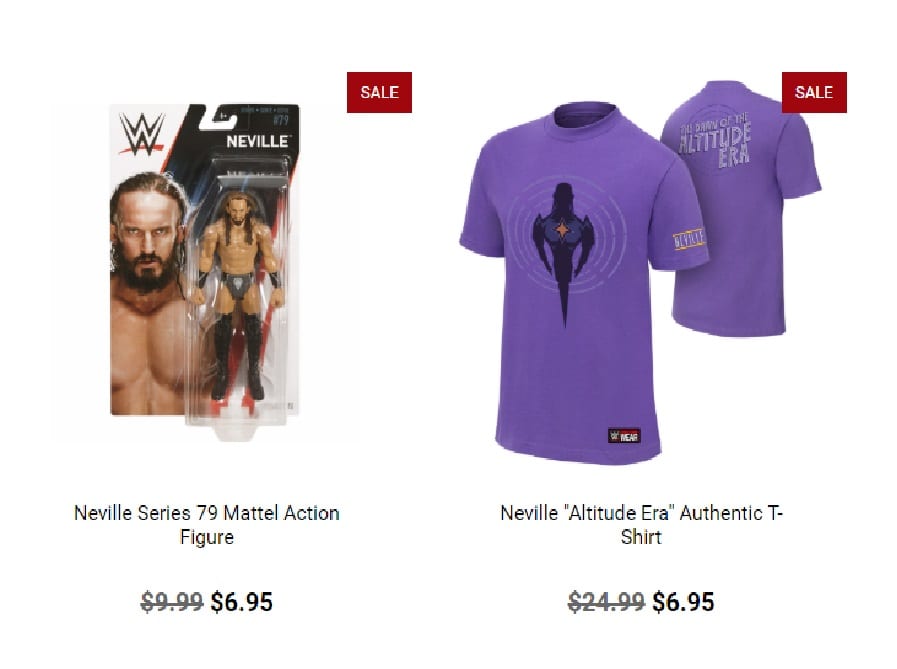