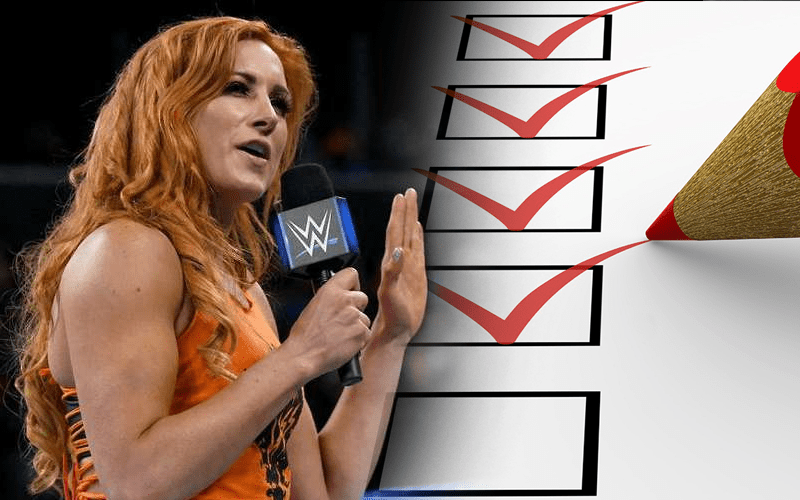 Becky Lynch is rolling into Evolution with the SmackDown Women’s Title and her target set on Charlotte Flair once again. They just might end up stealing the show with their last woman’s standing match as well. But The Lass Kicker isn’t playing games as a heel.

Mark Henry, who is a co-host on Busted Open Radio asked Lynch if there’s anyone else in the company that she feels like putting her hands on and he received a pretty stern reply.

“Well, there’s everybody that I’d like to put my hands on, right? So don’t think for a single second that I’ve forgotten about anybody that attacked me in the past and who either on-screen of off-screen that has done me dirty and I’m going to go and pick off each and every one of them individually. I don’t care how long it takes I don’t care if it takes me my entire career, every single one of them is on my hit list.”

Only time will tell how long Becky Lynch’s run with the SmackDown Women’s Title lasts, but as long as she’s heel — she’s going to be picking off people one by one like Black Mamba.