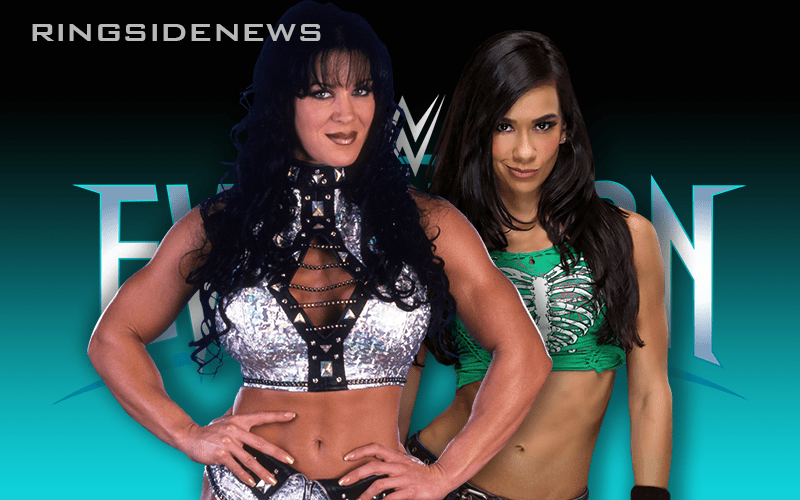 WWE Evolution is going down tomorrow and it’s something the WWE Women’s Roster has been fighting for since before they were known as “divas.” WWE has done a lot to promote the pay-per-view and released plenty of posters and graphic for the event — but a couple aren’t real.

All you need to do is zoom in on this image and you can tell it’s not WWE quality. It’s obviously fan-made even though they didn’t watermark or sign it. But it’s not real, so please don’t think that WWE is going to suddenly start plugging Chyna and AJ Lee again.

So just because Charlotte Flair tweeted it out doesn’t mean it’s real. After all, there are more females than just Chyna and AJ Lee who are included on this poster that WWE hasn’t given the credit to for one reason or another.